Return to the Big Mek Shed

by sukigod on June, 28, 2011 in Apocalypse, Blasta Bommer - Comments Off on Return to the Big Mek Shed

Alright fans, another picture filled post with a ridiculous level of mundane detail. I know you all like it that way

Ahhhh the workbench – I missed you so! Has it really been three months?! 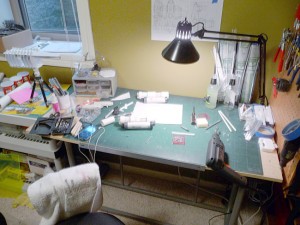 I promised to start working on the bommer again so here it is. Tonights goal was to get the forward wings engines in place and that’s exactly what I did. The second engine is actually screwed into the first engine for maximum stability. Not much glues well to pvc so I’ve decided to use screwes where ever I can.

The key to doing this is in the first pic, showing a small pilot hole in the outside engine nacelle with a larger hole on the other side. This is so I can actually fit the screw head into the pipe and physically screw it through the interior engine shell. AS shown later, this just happened to be the same diameter as the tubing I’m using to attach the outer engines so they fit fairly snug before epoxying. 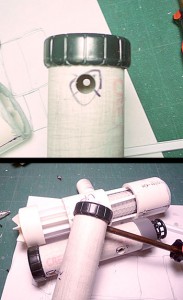 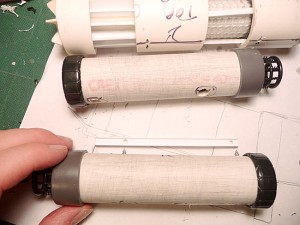 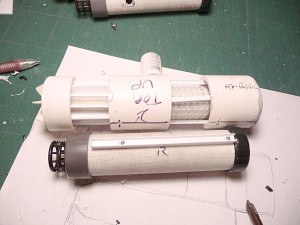 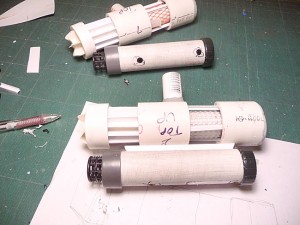 Now the second engine is attached. 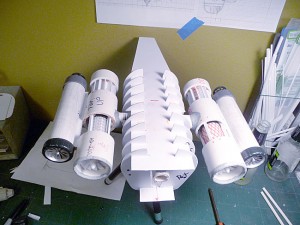 I had some rigid, thicker plastic tubing laying around that will work perfect for support struts between the second and outer engines. I drilled a few holes and epoxied everything together. Here’s the bommer after tonights work… 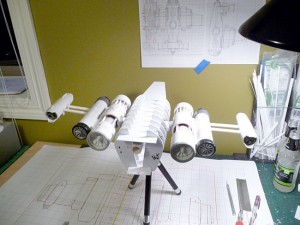 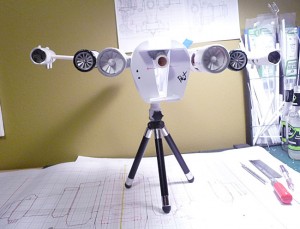 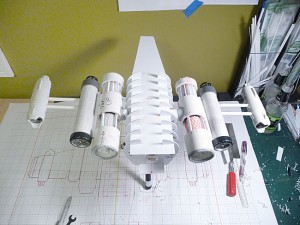 OK – I know the starboard wing tilts up at the moment. It has to do with the angles of the screws and holes and how I laid them down on the template for fitting. I’m going to just sleep on a solution that won’t force me to do something drastic.

Feels good to be back in design/engineer/Big Mek mode again.