by sukigod on February, 27, 2012 in Imperial, Terrain - Comments Off on Skyshield Landing Pad – Airbrushed!

Spent some time with the Skyshield landing pad today – that and my airbrush! Finally!

I primed both the Skyshield and the bastion black blocked out the main color areas with the air brush. The top side of the landing pad was airbrushed with two colors – Tamiya Nato Black XF-69 and the lighter Neutral Gray XF-53. The side shields and the rest of the platform were airbrushed with Knarloc Green. 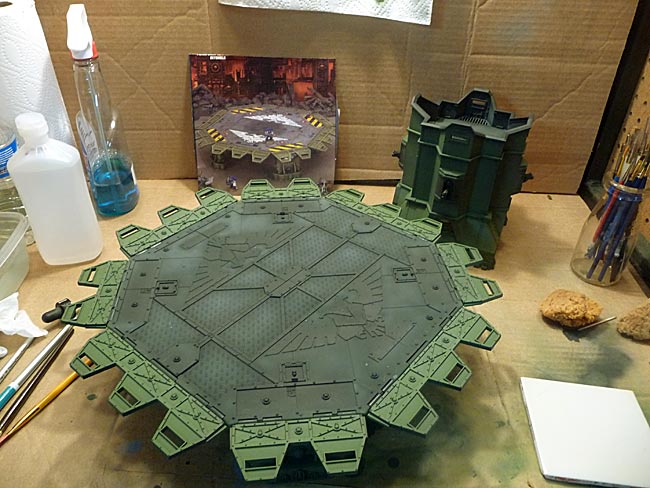 I went back to my military model;ing roots and dug out the dry brushes. The “metal” areas were dry brushes first with Codex Grey… 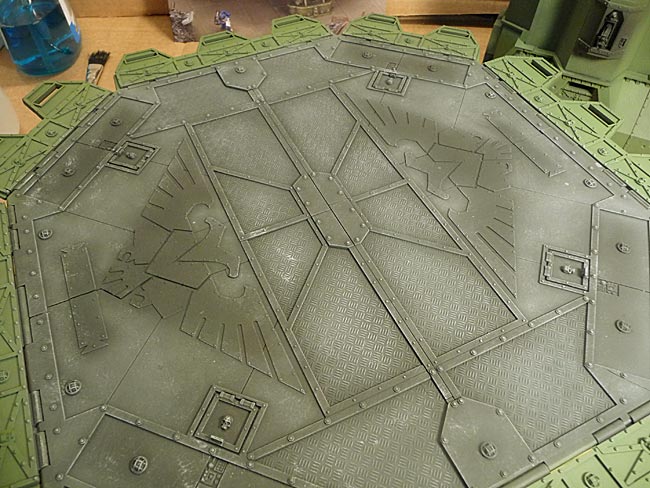 Then it was gone over again with Fortress Grey. 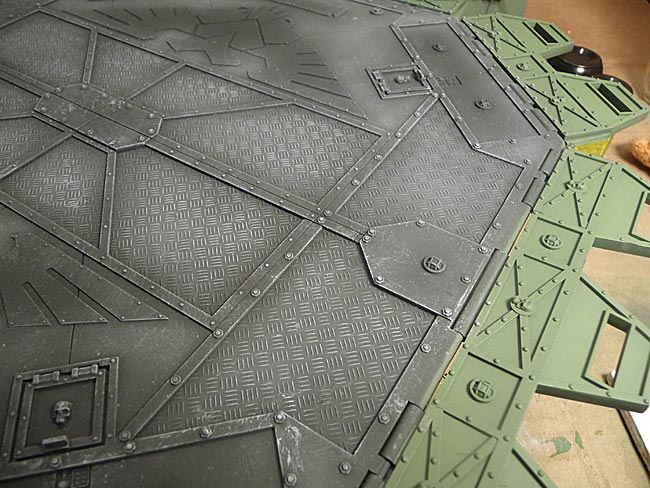 I will be doing metallic highlights to accentuate the wear and tear on the edges in some areas but only after I’ve done the rusting and grease stains.

THe green areas were then dry brushed with Camo Green. 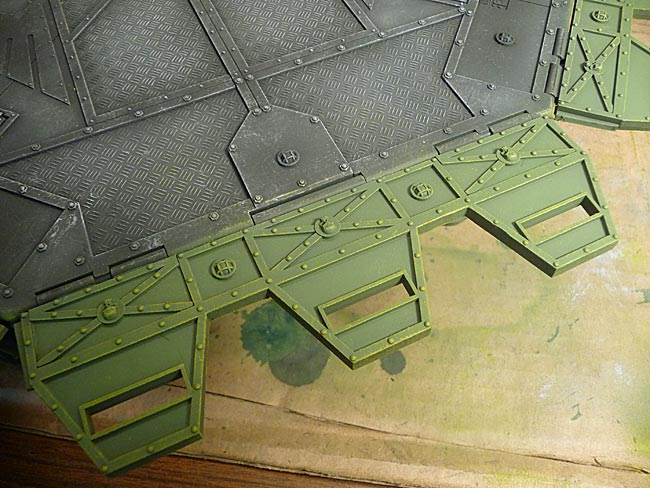 This give the edges a nice “pop” but the overall effect is a little too neon-ish and bright so I went over everything again with a dry brush of Rotting Flesh. This toned down the brighter green of the Camo Green and gives the right worn look for the green edges. 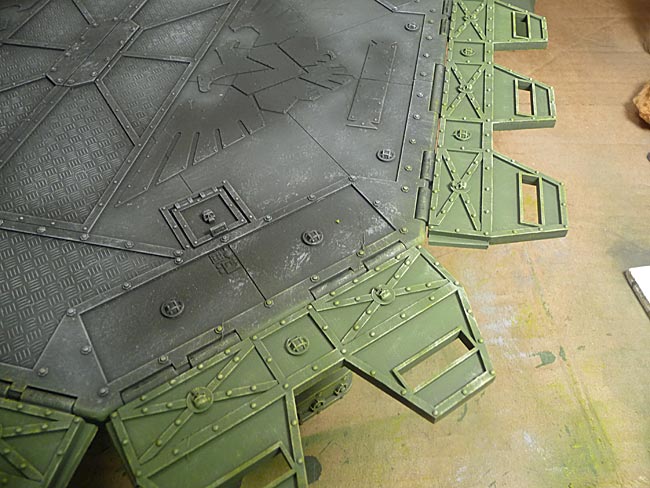 Here’s the overview with all the dry brushing done to bring out all the details. 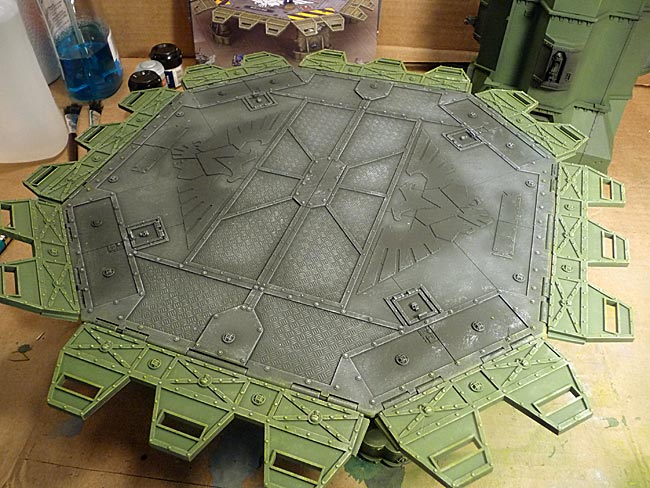 Of course, this isn’t where it ends, it’s merely the beginning. Now it’s on to all the small details – and this thing really does have a lot of details, Lights, aquillas, skulls… There’s a bunch of each. I started blocking out the hazard stripes sections and the aquillas on the main deck. I plan on doing the aquillas in three layers starting with Deneb Stone, then I’ll do a smoothing layer of either Bleached Bone or Kommando Khaki, then an overcoat of Skull White. 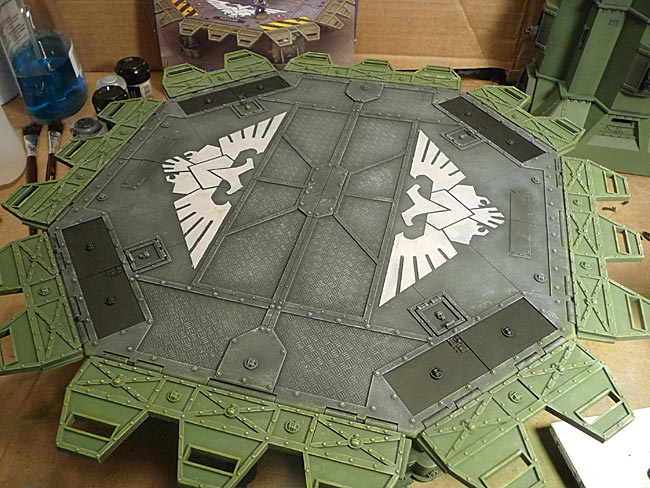 It’ll take me a while to block out all the other colors so it’ll be a few days before another update on this. Feels kinda nice to do something different. The bastion will get a similar treatment but with making it look like spray painted cement instead of metals.