by sukigod on August, 30, 2011 in Apocalypse, Blasta Bommer - Comments Off on Deff Arsenal Finished 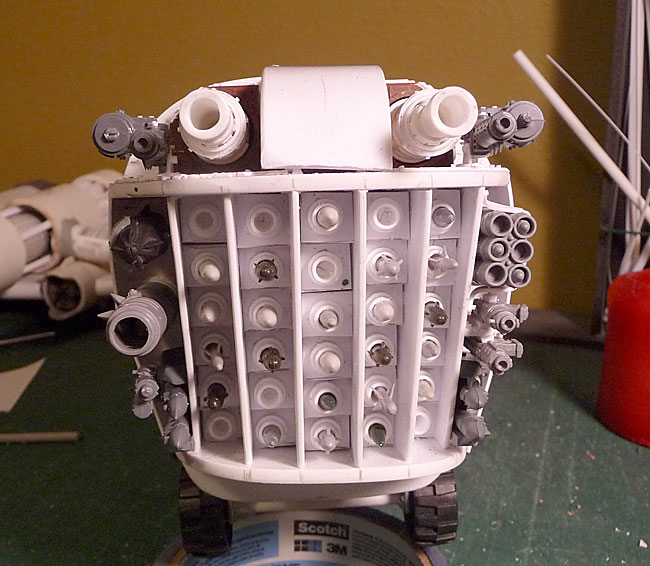 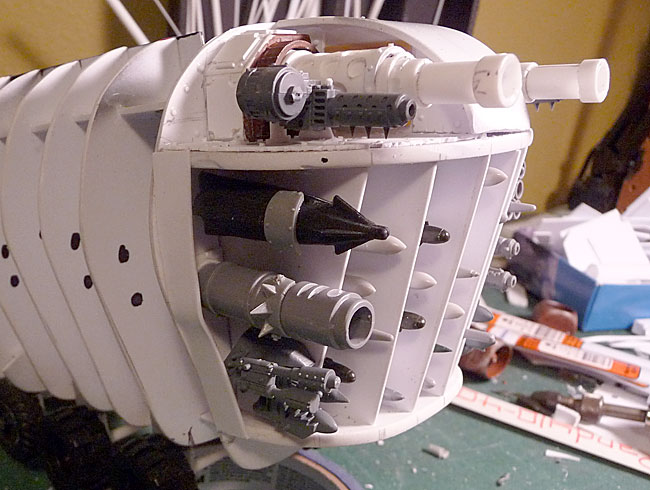 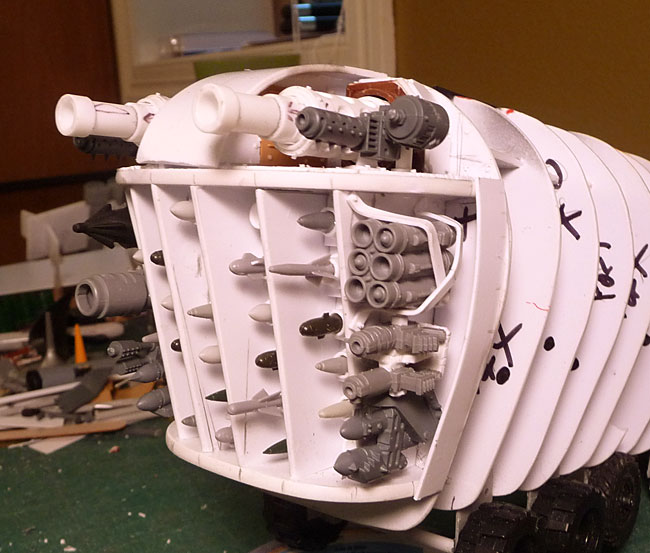 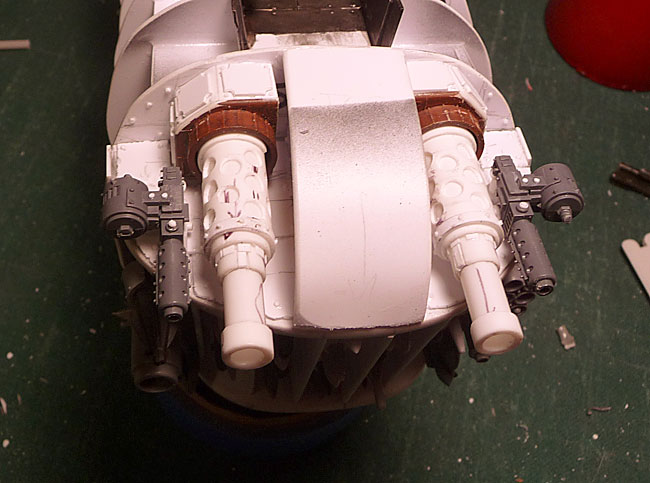 It may look a little sparse yet but don’t worry, all “plain” areas will receive due treatment before it’s over.

I’ll do some of the plating around the nose and do whatever it is I decide to do with the chin (not sure yet – maybe more guns…) Then I’ll move on to the big shootas down the side and then the landing gear bay covers.

Can ya say More Deff Arsenal?

by sukigod on August, 28, 2011 in Apocalypse, Blasta Bommer - Comments Off on Can ya say More Deff Arsenal?

More Deff Arsenal work today. Not 100% there but close. Got the nose guns and rokkets finished, now working on filling in the sides with various armaments. Just pics, not a lot of words. Dakka dakka dakka. 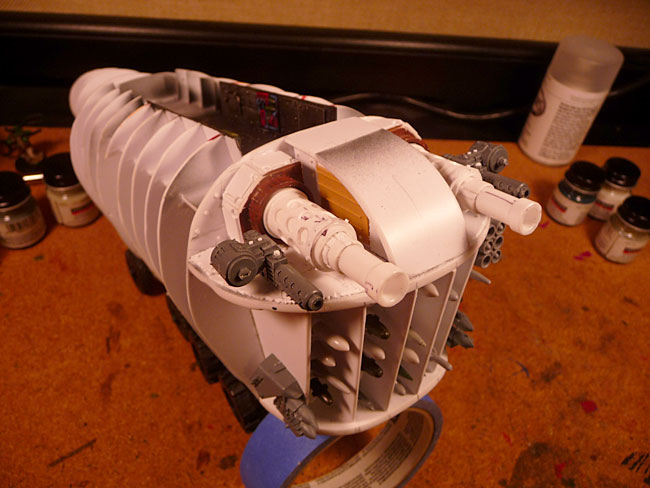 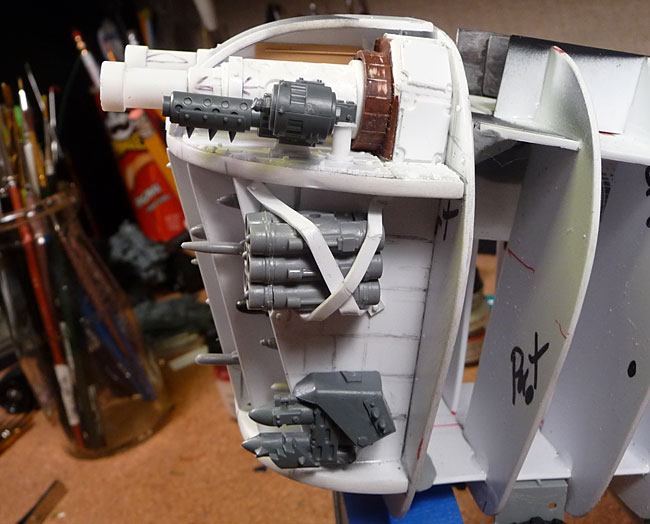 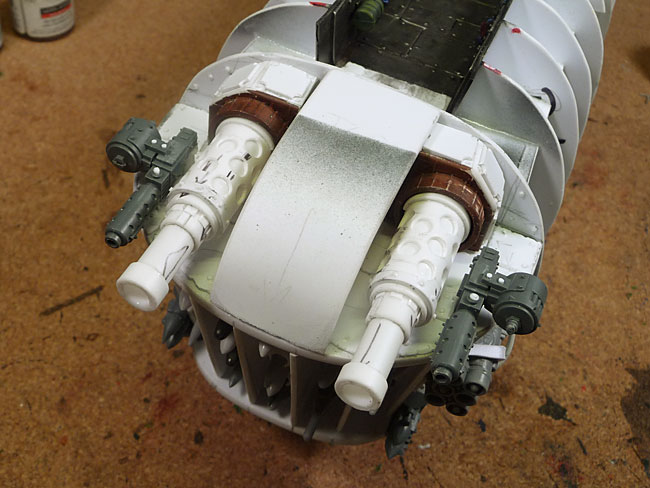 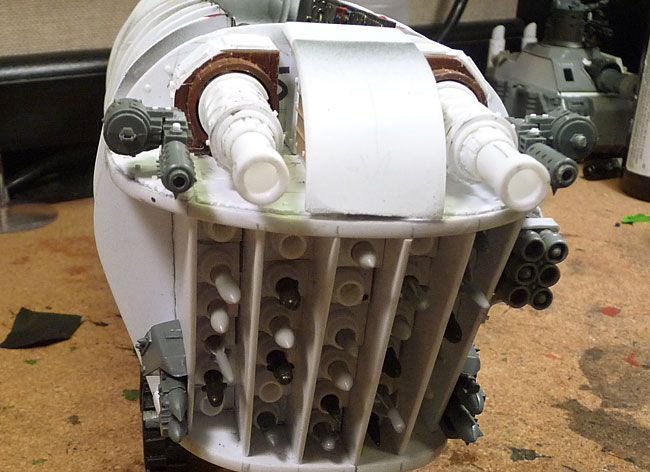 by sukigod on August, 27, 2011 in Apocalypse, Blasta Bommer - Comments Off on More Deff Arsenal Kannons!

Doesn’t look like much but spent some time working on the deff arsenal tonight. I detailed up the interior space in the nose tonight and finished off the gun receivers that “should” extend back into the fuselage of the plane. 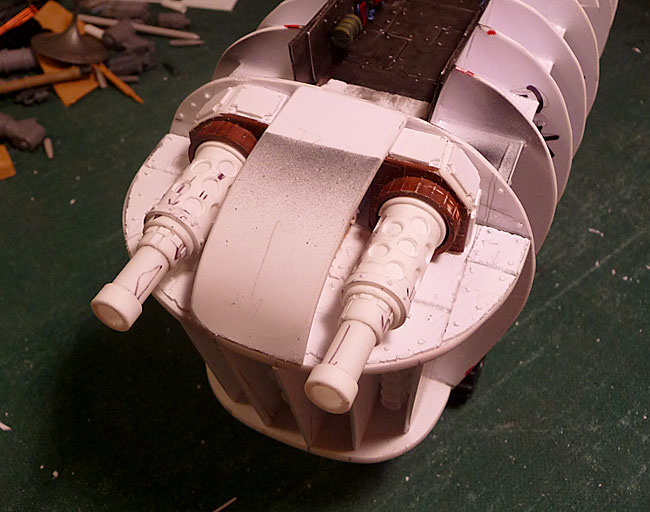 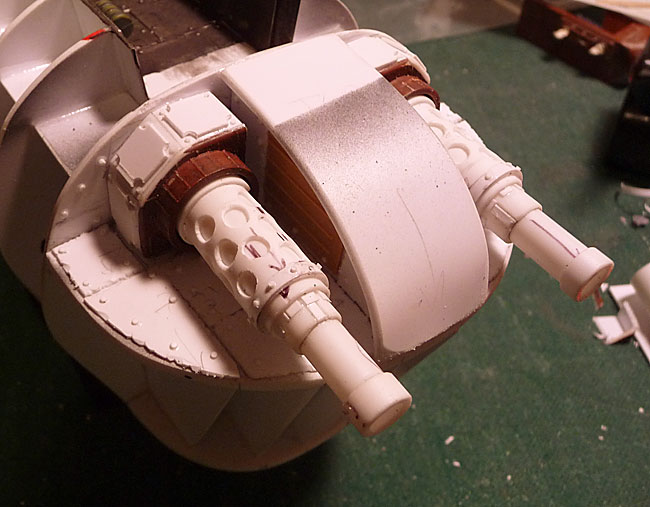 Things seem a bit open and unfinished in this space and that’s because it is. Now that the main two kannons are finished I’ll be adding some big shootas to the sides and then moving to the rokkets in the nose and the rest of the weapons that will be attached to the sides of the nose. Lots and lots of fun!

by sukigod on August, 25, 2011 in Apocalypse, Blasta Bommer - Comments Off on Deff Arsenal Kannons Done

Three hours and two large barrels – it’s all I got tonight, but it’s a start.

I didn’t have the room I thought I did when I was sketching things out away from the model so I don’t thing I’ll have room for the belt feed, oh well. 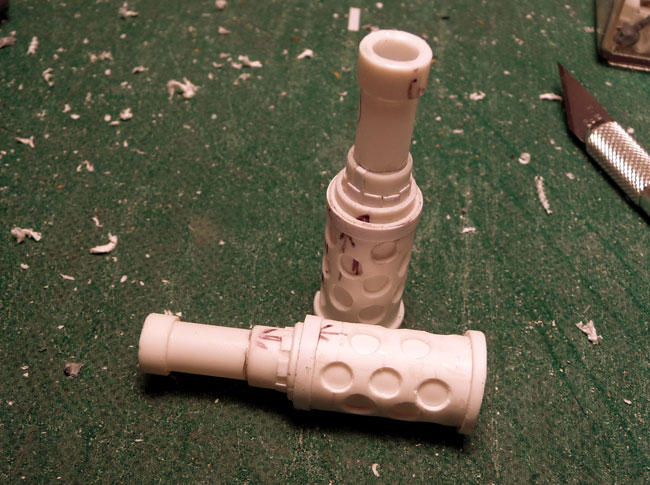 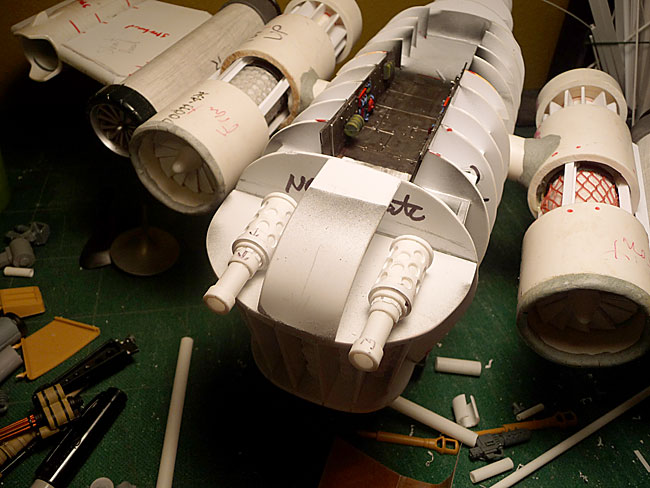