by sukigod on August, 13, 2010 in Apocalypse, Skullhammer Tank - Comments Off on Skullahmma Work

Small http://ateliers-du-net.com/, been busy with half my website sick and in/out of the hospital. Everything is alright now and on the recovery track for all involved.

Did the drybrushing highlighting and started the basing for the metals – edges of cut panels, guns/exhausts, etc. I also did the checks for one tank. Turned out alright I think. I’ll be doing something different for the other tank. These pics are some of the first ones I could get color corrected to show the true red (your screens may vary…). 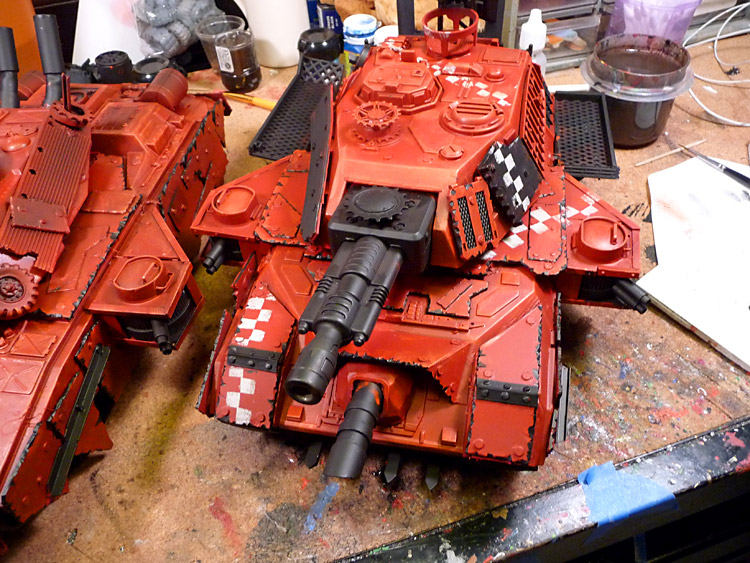 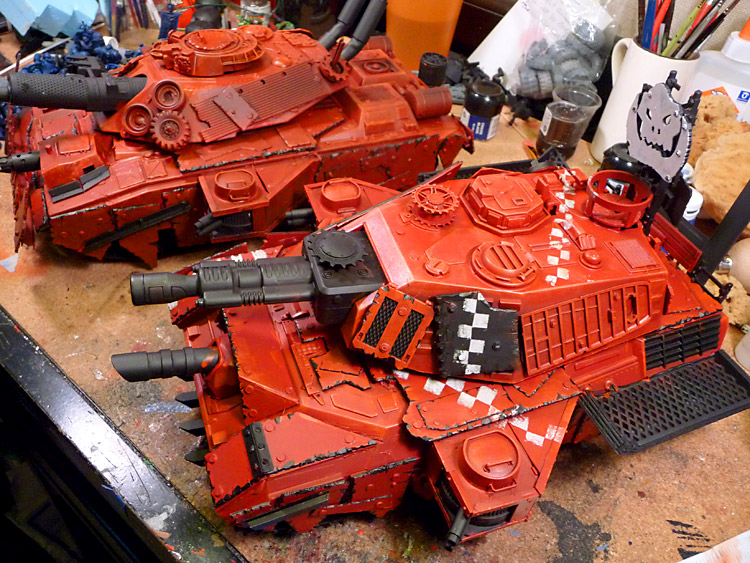 Tonight I hope to get the second tanks black basing done and stenciling (for a lack of a better word) as well as the details, then maybe the chipping finished over the weekend. I’d like to wrap this up by Sunday to give me enough time to complete both Pulsa Rokkits in time for the instore Apoc Demo coming up. Yes, I’ve decided to do the Pulsas next. They’ll add more visual impact to the game and the crazy rules should be more fun than the ability to shoot down flyers, we’ll have some other units for that.