by sukigod on April, 14, 2008 in Heavy Support, Scratchbuilt Battlewagon - Comments Off on Deff Rolla work and Kill Kannon

The nice thing about working on something so large is if I get bored/frustrated/uninspired with one thing, I can always pick another part to work on until inspiration strikes again! The mechanicals for the deff roller is done, it rolls and is removable. The photos below show the particulars and where/how it attaches. I know that I’ll be putting on plates, spikey bits and rivets, I just haven’t the image in my mind of what they should look like yet soooo….. I’ll move in to the upper deck and the railings. 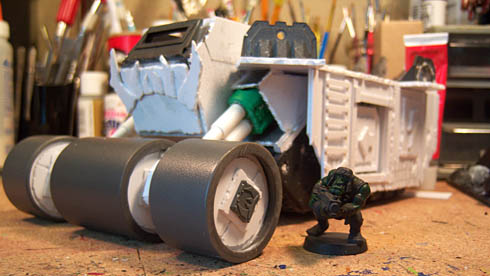 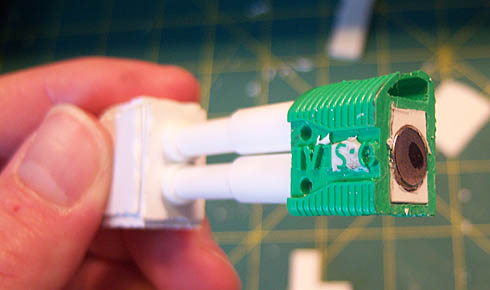 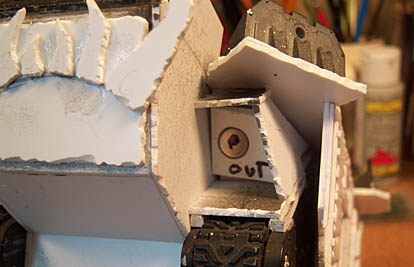 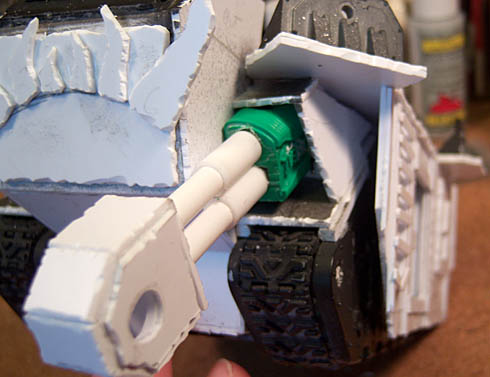 Before I show how that*’s going, I want to show you my latest find. TADAH! 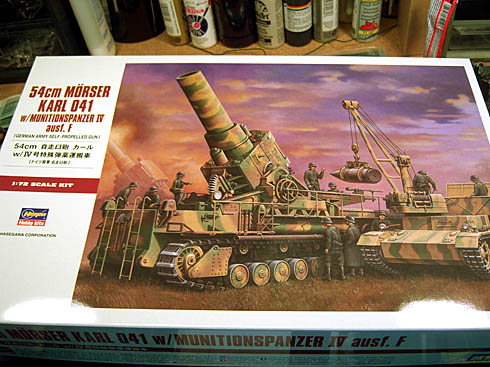 This is a 1:72 giant German gun. In regular 1:32/35 scale this would be way too big for something of the scale I need for a battlewagon (Gargant, yes), but in 1:72 it fits perfectly as my Kill Kannon. I sticky tacked it together to show the scale and general placement for the gun. Since it will be magnetized I can also use it as a Boom Gun on regular looted wagon. Two weapons in one! The extra bits I’m not using for this build should yield me an extra looted wagon/truck combo and or a buggy as the smaller scale Panzer Ammo Carrier frame is too small to become a full fledged tank on it’s own and I think I might use the base for a rokkit buggy. Who knows? 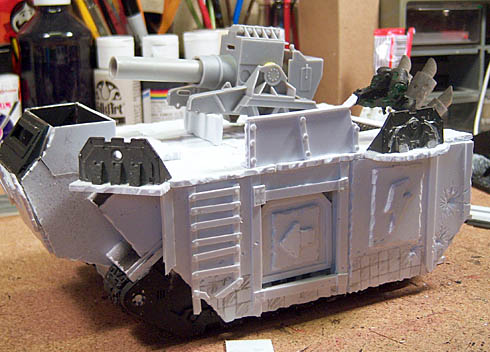 In the pics for the placement of the big gun is the first of the railings I’ll be putting up to keep the boyz from falling off. The last pic shows the inside detail. Oh yeah, there’s some rivets too! I picked up a leather punch and found out how dedicated one must be to make the hundreds of rivets that adorn all the orky vehicles out there. Whew! 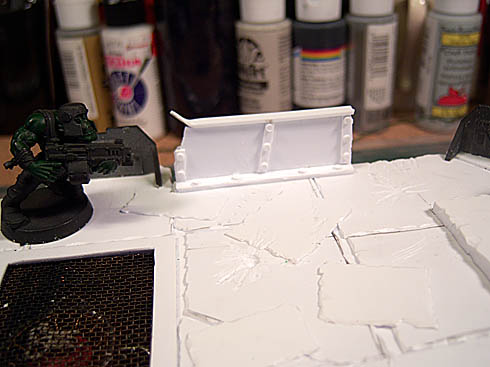