by sukigod on April, 17, 2008 in Heavy Support, Scratchbuilt Battlewagon - Comments Off on Rivets!!!

Ok, I put down some rivets, big and small. I’m liking the way it “fills out” the character here. I started working on the other side armor, creating a pretty looking ork glyph for the front plate (IMO). Now I’m jonesin’ to pick up a paint brush but all in due time, I guess. 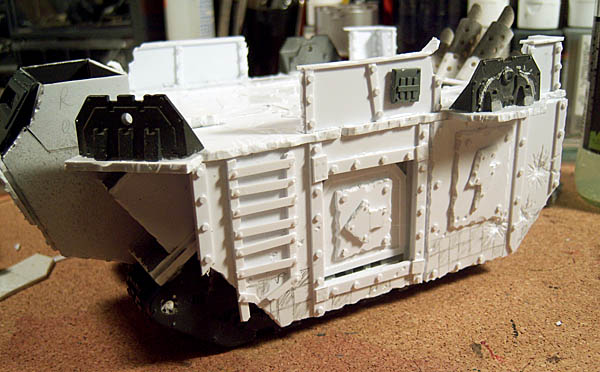 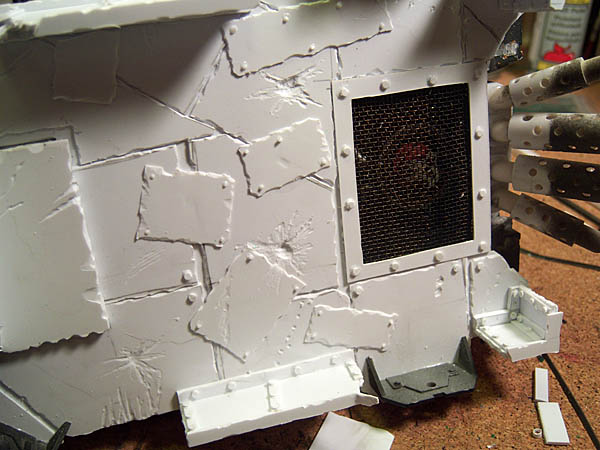 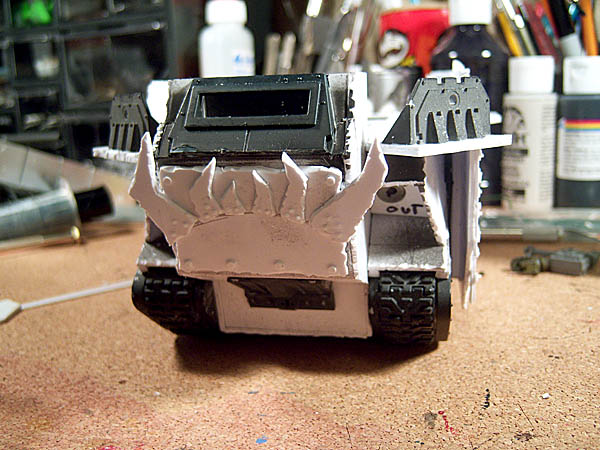 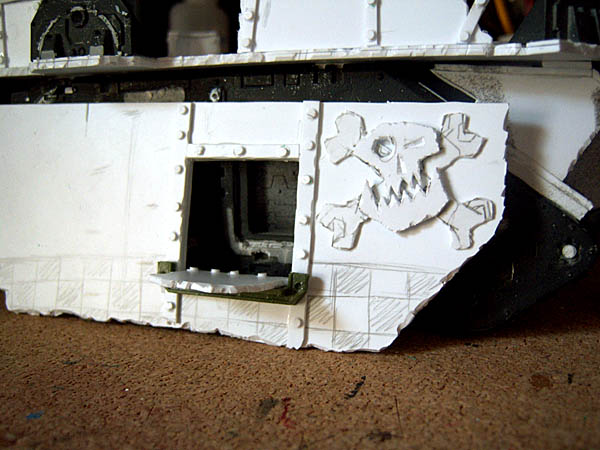 I’m starting to rethink the front window/drivers compartment plate. I don’t think it’s imposing enough and I really want to work in the eyes/grimacing look to match the great big teef in the front. I’ll most likely chop that off this weekend and build something new for it. Mud Duck mentioned the searchlights on either side earlier – I think I’ll go with one search light on the right (while looking at it) and a view slit on the left, like in the bottom photo. 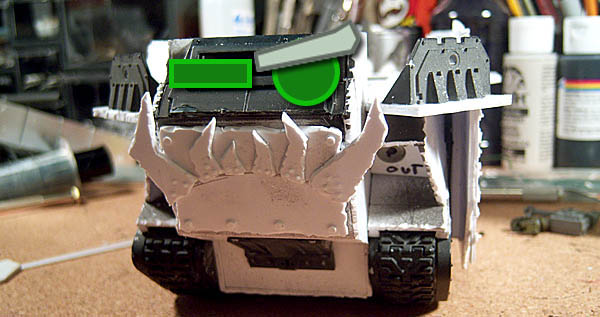 I’m also second guessing the scale/style of the armor plates in front of the bolt on big shootas positions around the top deck. I’ve finally got some ideas as to how I’m going to do them, just need to pick up/create some parts.

Here\’s the link to my new tutorial so it’s easy to find.

Tutorial can be found here.