OK, as with every Thanksgiving weekend, I took a full army shot as well as assessed my army in total, painted and unpainted. Here’s the entire painted portion of my army… 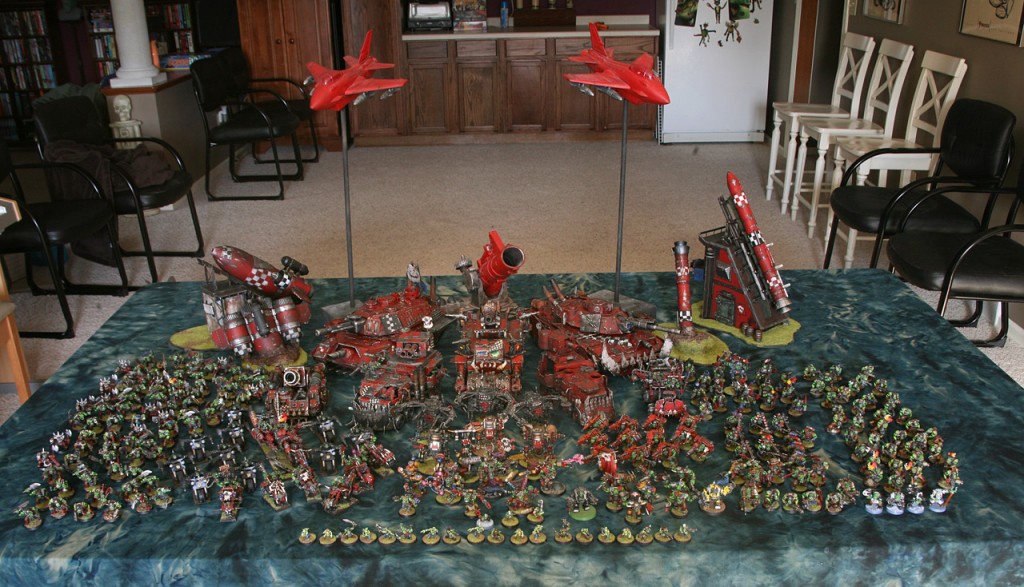 This is roughly 6,800 points – without pushing wargear and of course not including possible formations. 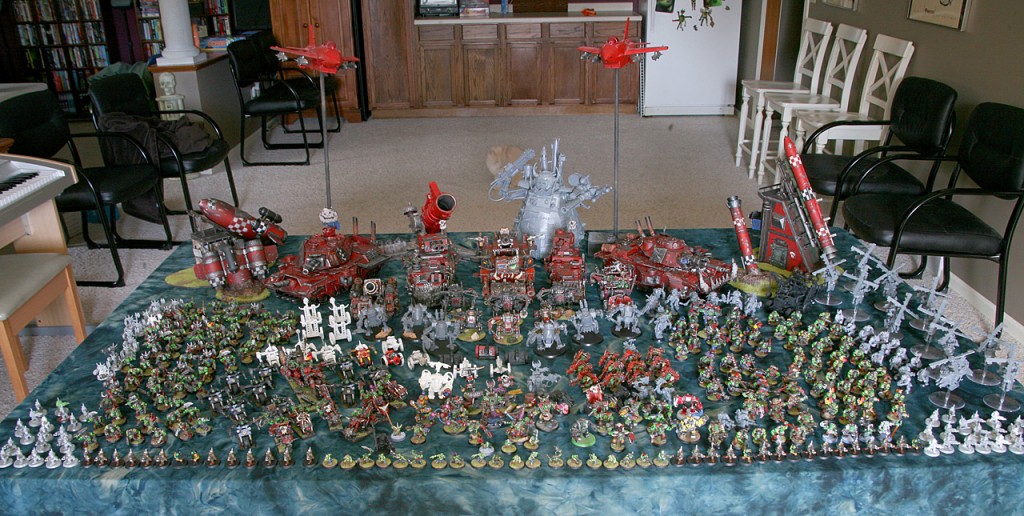 This is a total of 10,190 points. I was kinda surprised to see I had broken the 10K mark this year but as seeing there’s 4 new Apocalypse units and and addition of two more Killa Kan mobs I suppose it shouldn’t have.

Here’s a close up shot. 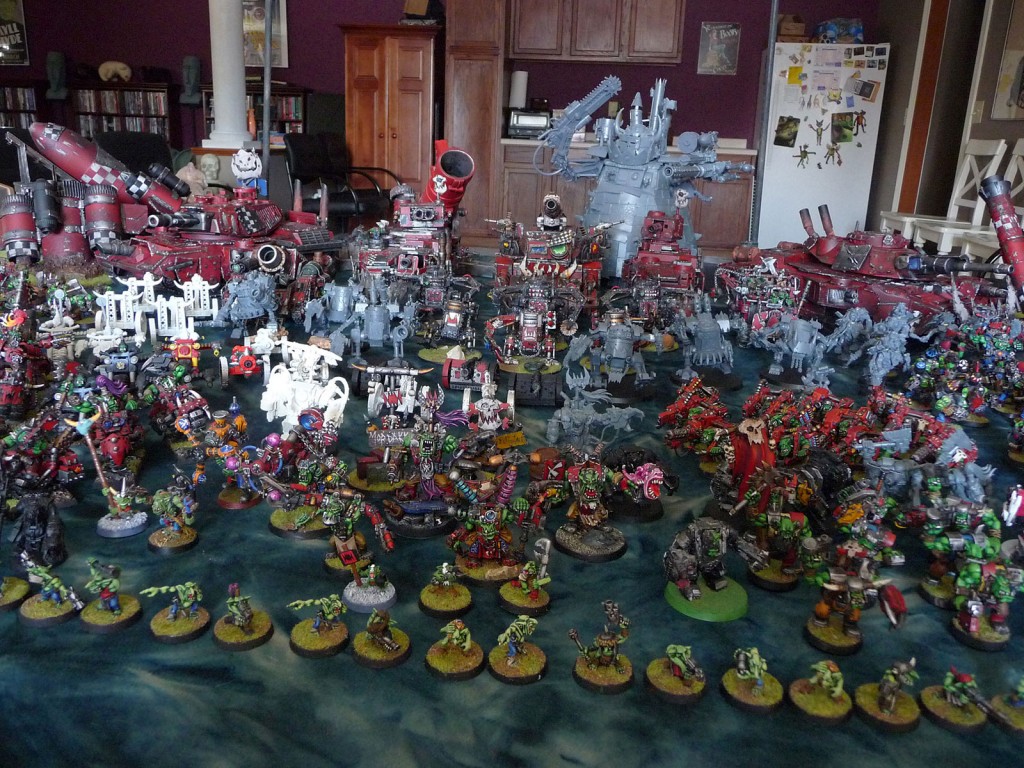 Close up of Ork Army

If anyone wants to see any closeups, I did take a bunch of shots and can post more if you all want. Just let me know.

So at Thanksgiving end of 2010, here’s the stats for Red Jack’s Waaagh!

Not too shabby. I’m hoping to keep the amount of unpainted work at 1/3rd or less of my total army, I guess that means more painting now and less building 😉