Got a little work done tonight – won’t look like much but it’s a bit further along than last night.

Did the rolled portion of the wings leading edges. I sliced a styrene tube lengthwise and trimmed it to fit and glued it to the open edges. 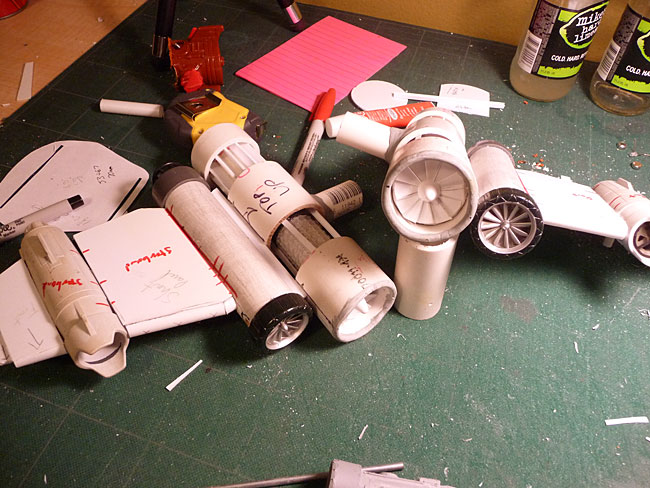 Then I went after the rear engine assembly. I received these engines from a friend – they’re Forgeworld fighter engines, just made from a different material ( 😉 ), drilled through and slotted with two metal bars cut from the cross members from those stupid political signs you see in the front yards around election time. I finally found a good use for them. 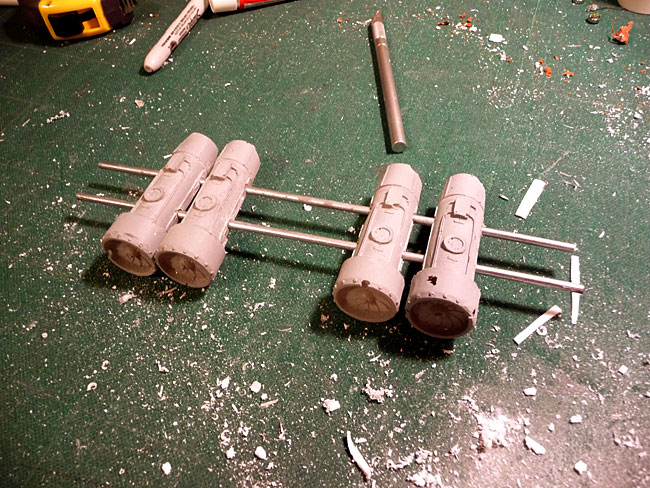 I also finished the interior ribbing for the tail of the plane. Then next couple of shots show the bird put together with the tail engines in place. The metal bars will also give me a very solid and structurally sound frame to attached the rest of the polystyrene wings to. 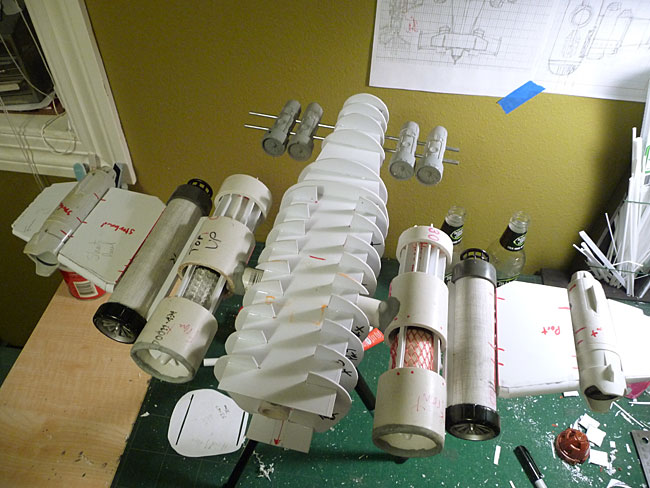 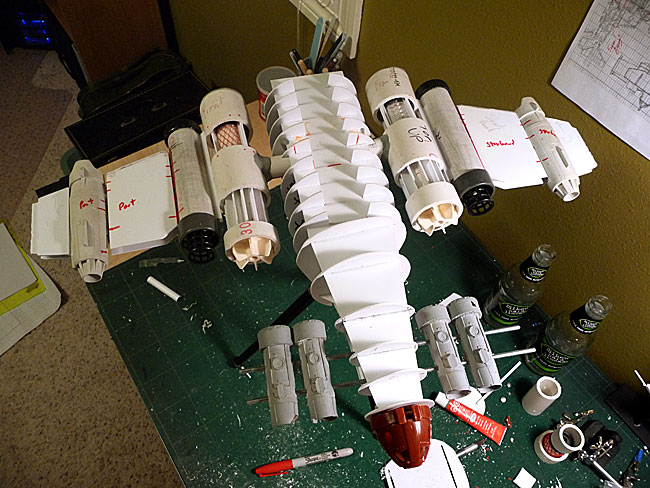 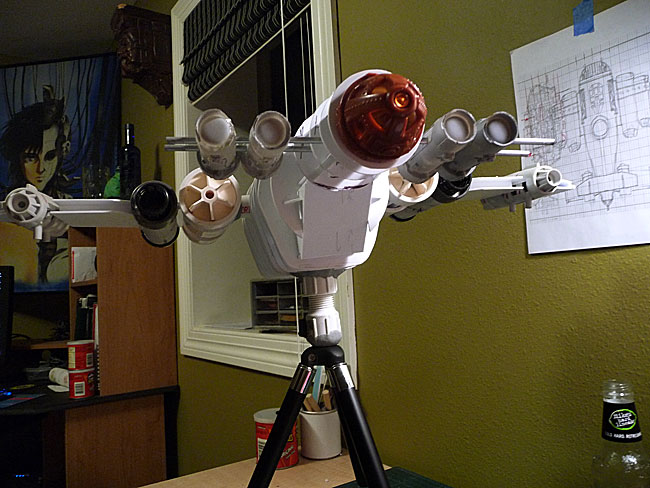 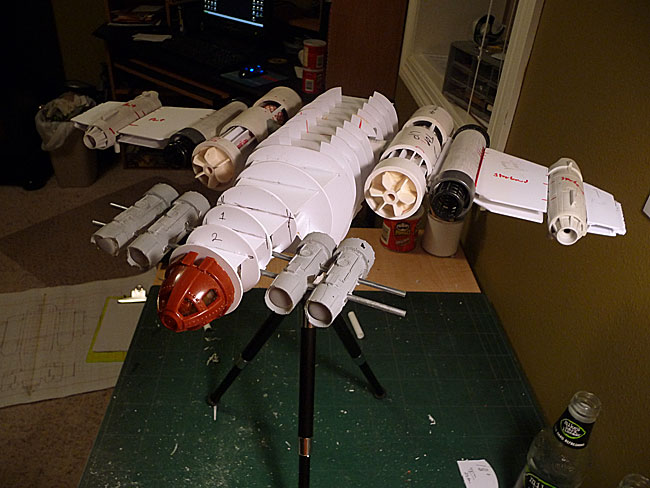 The last couple show the rear turret temporarily attached with poster tack for placement. And before anyone asks, it’s the nose from a toy from Disneys Atlantis movie. I picked up couple over the years at garage sales and the like for probably a buck or less. Worked perfectly!