Lots and Lots of Rokkits!!!

by sukigod on August, 03, 2011 in Apocalypse, Blasta Bommer - Comments Off on Lots and Lots of Rokkits!!!

I guess the grots were let loose tonight so we got a bunch of little stuff done tonight!

I fumbled around in my head all day during work, trying to figure out how I was going to do the rokkets in the nose. I wanted them to kinda stair step, creating an angle that matched the vertical vanes to compliment the different angles going on in the shape of the nose. It all came down to biting the bullets and making “stairs” upon which the ends of the rokket tubes will project out of.

The outward ends of the tubes were to be the same length for consistency (?) so that meant the supports behind the tube mounts were going to have to change. This first pick shows how I achieved that. 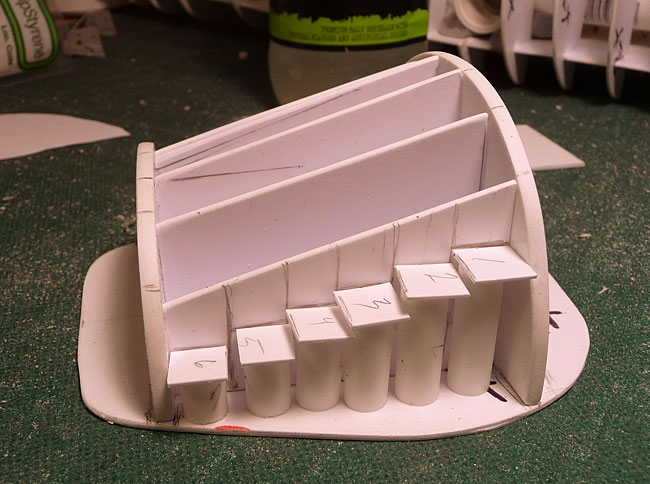 Yes, tonight was about cutting lots and lots of tubing with tons of clean up. My grots fingers will be sore for a day or two after this… (and these aren’t the half of it!) 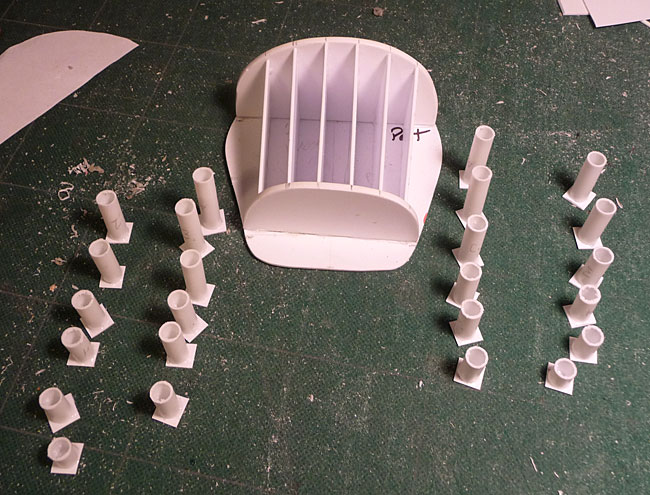 and all of the stair step platforms in place. 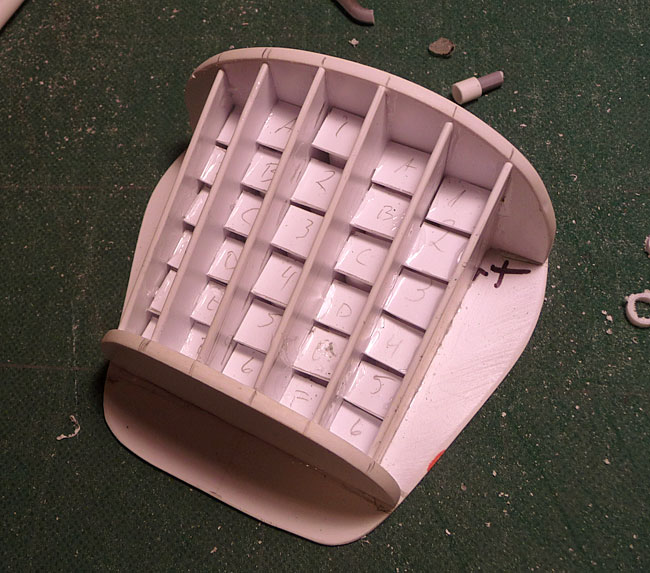 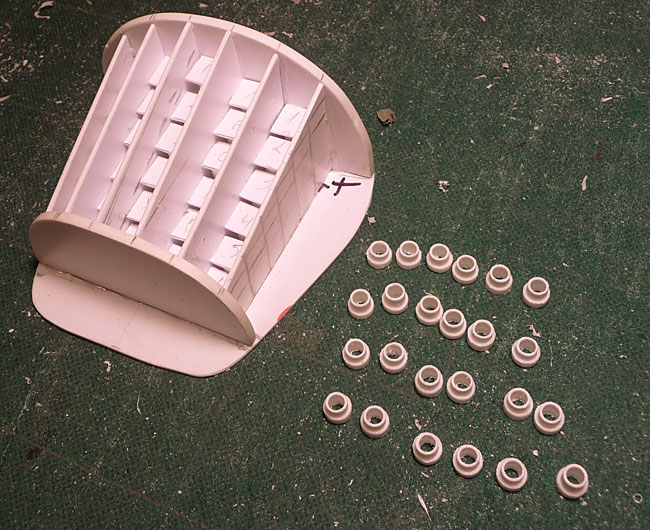 …and viola! The rokket tubes in the nose are done. 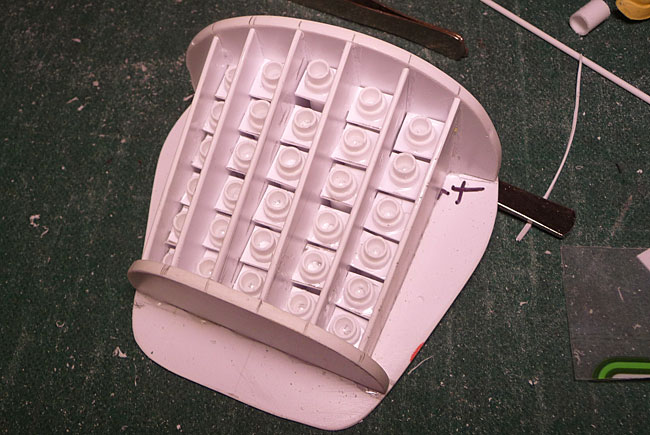 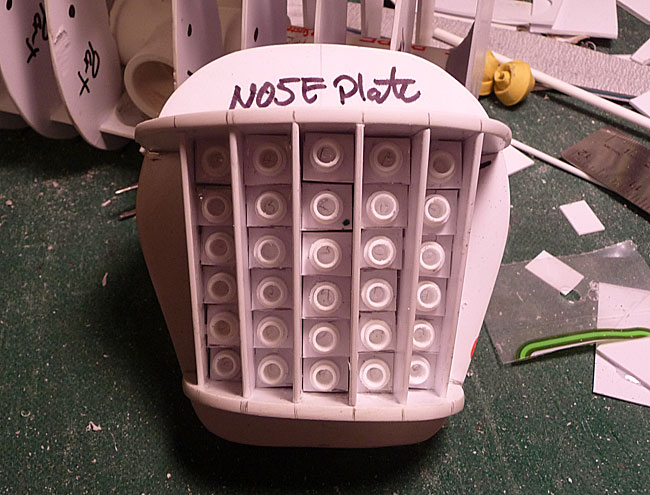 There were a bunch of different things going on in my head while trying to figure out what I wanted it to look like, and of course, this was the most time consuming and fiddly one. Now that it’s done I’m glad I went this route. It adds a lot of depth to this part of the model, and besides, it was a lot easier doing the rokkets while the front plate wasn’t mounted to the rest of the fuselage.

I still need to put some rokkets in a majority of the tubes and I might finish off the top center rib over the nose (it’ll split up the deff arsenal weapons) before gluing the whole shebang to the fuselage.

Whew! Long night of work and off to bed.