by sukigod on August, 24, 2011 in Apocalypse, Blasta Bommer, Uncategorized - Comments Off on Paint!

Spent some time slapping paint inside the cockpit of the blasta bommer last night. Figure I’m about half finished. I’m not going to rush things and want to make sure I spent enough time to make each part of this thing right.

The pilot and comm-grot is nearly finished and some of the reds have been blocked out and the metal decking the once over. 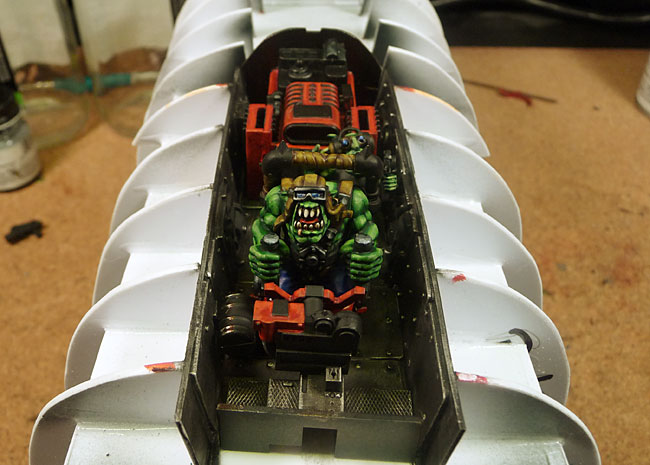 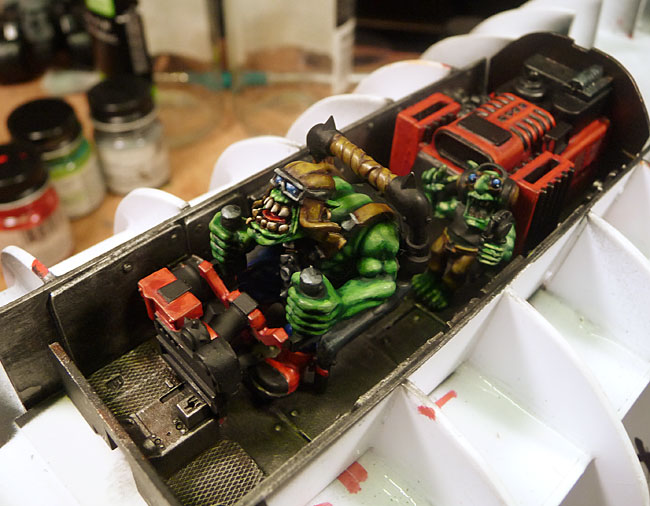 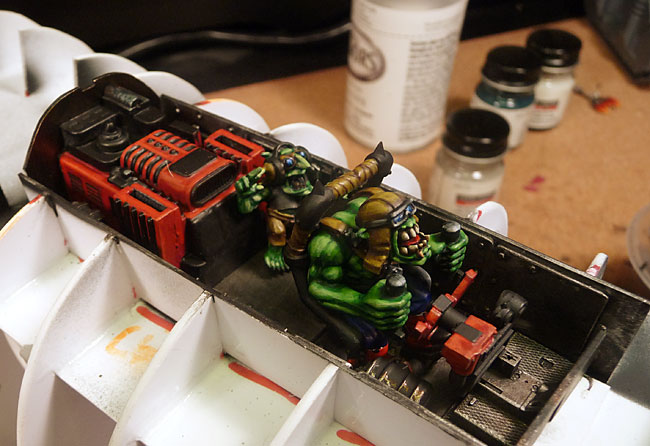 Some people had questions about some of the details – or lack thereof. I won’t be making a separate bombadier – he’d be stuck in the belly of the beast. The cockpit canopy will be open so you can see inside, most likely slid back or something. I just want to be careful that it doesn’t obscure too much of the interior details toward the back that I’m taking the time to make and paint.

In other news: Some of you know Big Shoota.com as a an out of date place for my ork pics and such. Well, it’s been updated recently and is continuing to be updated with new material. It was also originally intended to be a site that would grow into a resource on building and painting miniature models. BigShoota is almost 7 years old now and I’m finally getting around to adding this new section to the web.

The Big Mek Manual is a collection of things I’ve learned about modeling and miniatures over the last 30+ years. It’s going to be the site I wished I could have found in one place when I started really “painting miniatures” way back when. Basically a book about miniature modeling painting for the beginner who can use it to learn the basics and advanced techniques all in one place. It’s going to be as comprehensive as I can make it and easy to find the things you want to know – whether you’ve just picked up your first box of plastics or been painting metal models since there was lead in them.

I know, big ideas, big talk. I’ve got tons of stuff already written and it’s mostly now about getting things organized and formatted for the web (it was originally going to be a PDF book). I’ve started the process already and welcome you to take a spin around and let me know what you think. I’m going to start with only the basics, and once the basics are finished, I’ll add the intermediate techniques. When that’s done I’ll do advanced stuff and continue to update and add as time goes on.

This has been a pet project of mine for about five years now as a way to give back to everyone who has given me the inspiration to dive into this hobby and give to those who were once in my shoes the guidance they may be looking for.