Working my tail off here!

by sukigod on July, 25, 2011 in Apocalypse, Blasta Bommer - Comments Off on Working my tail off here!

I wanted to get the vertical stabilizers done today and that meant doing some of the detailing/paneling on the rear wing section to accomplish this. Here’s how I put it together.

I superglued the engines in place and sanded all the edges on the wing panels. Then I used H-Beams to create the slot the metal bars will slide into for support… 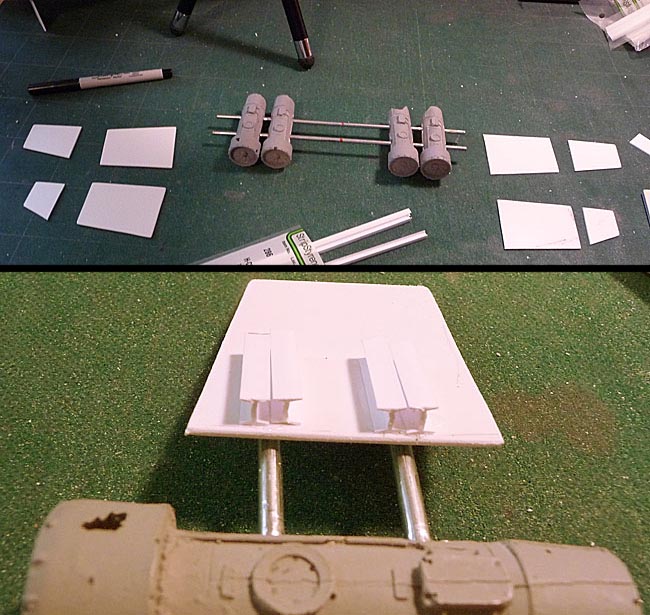 Then I used the same thickness of channel to create a sandwich for support. 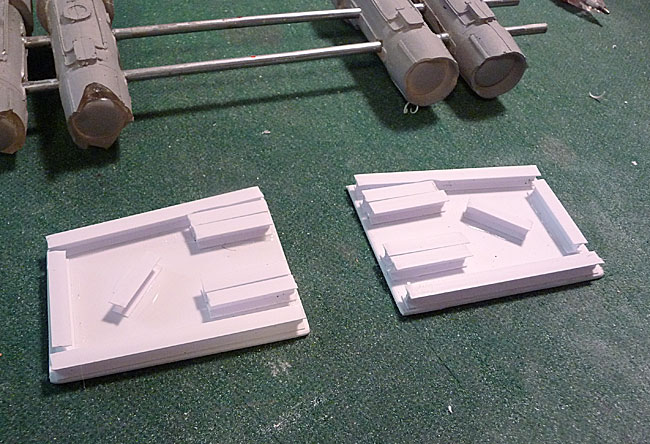 Then I glued the top piece to the wing and used tubing to create the leading edge like I did on the forward wings. I then cut panels into smaller pieces adn glued them to the vertical stabilizer wings, then glued them in place using angle iron. 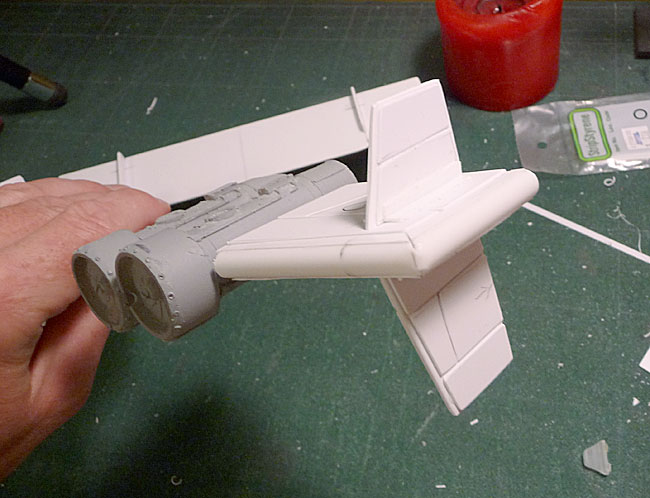 Then I used two-part epoxy to glue the wing tips onto the metal bars. And a shot of the wing placed on the frame. 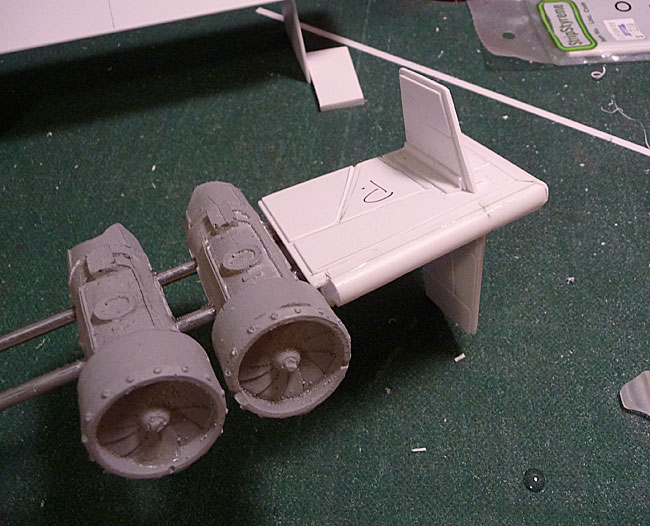 I still need to shore up the space between the engines and do a similar plating to the upper wing section. Once that’s glued into place I can move on to the wheels. After that, deff arsenal! Whooo hooo!