Working my tail off – Part 2

I’m working my tail off here!

I’ve now paneled up the entire tail wings. I created smaller plates using the original struts and wing panels as templates. Then I trimmed them a bit smaller and cut them into interesting shapes, sanded them a little and glued them in place. Here’s a support and the upper wings underside panels. 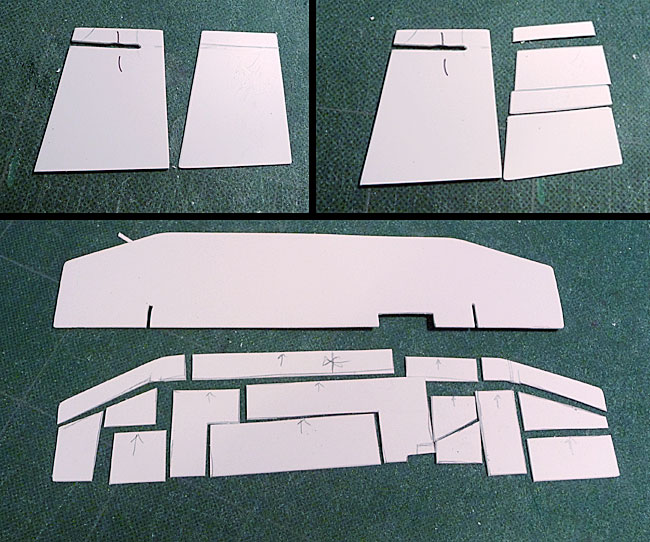 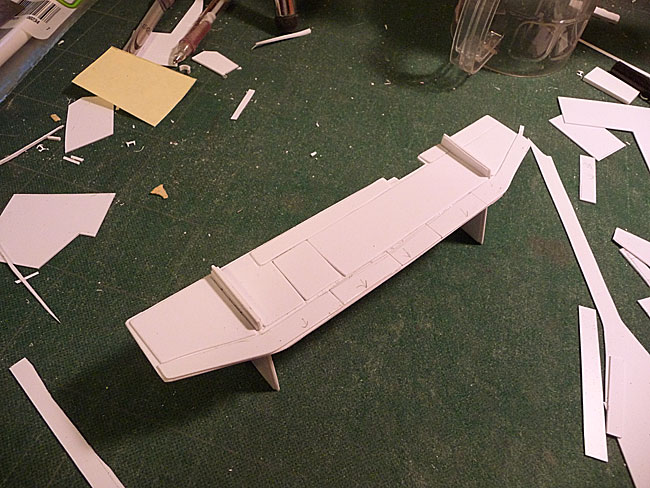 And the upper tail piece glued to the engine supports. 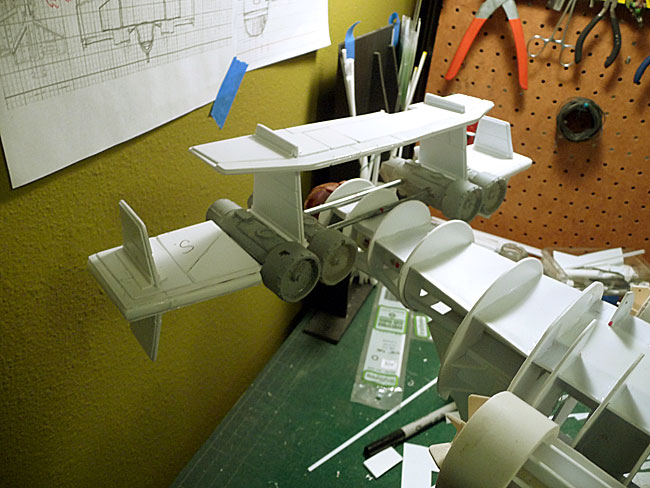 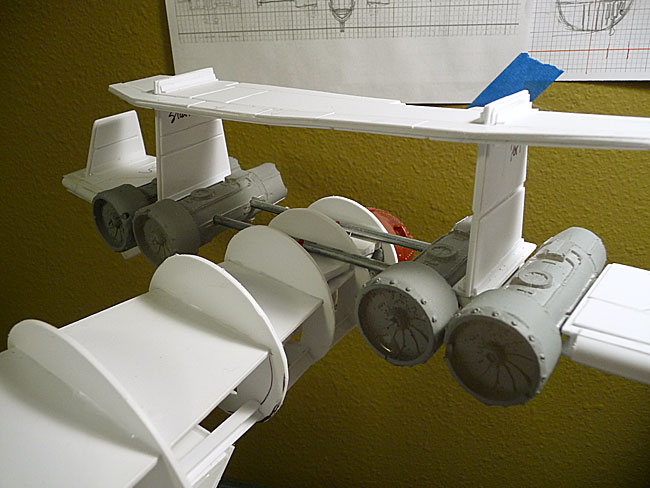 I’m finished with the tail for the moment, I probably won’t come back to it until I’m ready to incorporate it into the fuselage.

Up next – tires, then the nose!