by sukigod on August, 25, 2015 in Apocalypse, Blasta Bommer, Uncategorized, Waaagh! - Comments Off on More Blasta Bommer Work – Gunna Get It Dome Someday!

So I’m back in the saddle for a time, we’ll see how long it goes 😉

I’ve actually been working on and off on this monster for about three weeks and the only thing I’ve accomplished has been the metallic weathering. I know, not much to weathering, right? Egggad, I wish. For anyone who saw the tutorial a few years ago about my weathering using the Skullhamma’s, you’ll know it’s a long and tedious process. Sponged base/primer layer, then all hand done (with various size brushes) metals so they all stay nicely within (or trying to) the boundaries of the worn primer.

I’m done with the weathered metallics and done the brassy pieces and the main guns in the Deff Arsenal. I put it together for show since I haven’t seen it in one piece in about a year. It is coming together now and I can finally see some sort of light at the end of the tunnel. Lots of smaller details like the exhausts, canopy, rear engine nacelles (black/white checks), bombs, and the Deff Arsenal. Then it’s back to washes for grime, an airbrush for smoke/exhaust smoke stains – a brief touch up on details to bring them back out from washing – then sealing. I’m really hoping to have this giant wrapped up by Halloween. We’ll see how that goes 😉

ps. I know there’s some shots without the main Deff Arsenal kannons – they were in the process of being painted when I took these. That also accounts for some barrel droop in some photos as well, they’re only blue-tac’d on at the moment. 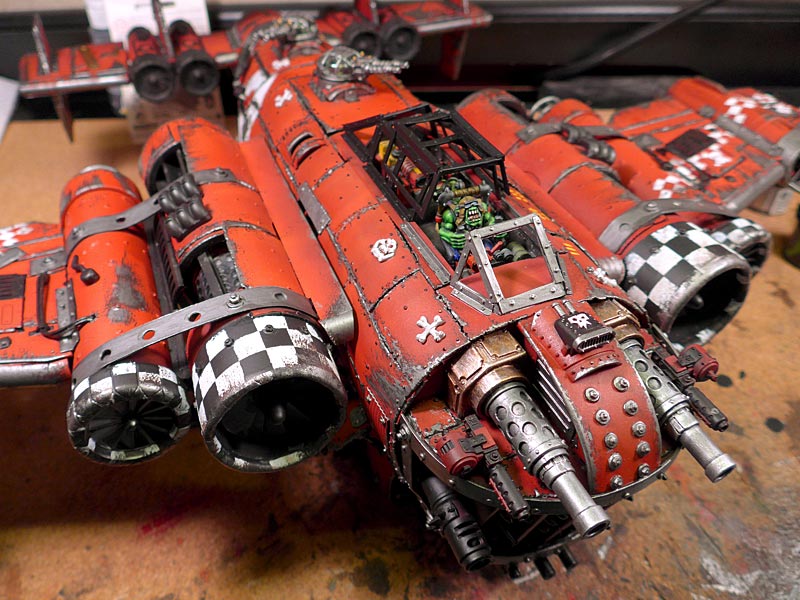 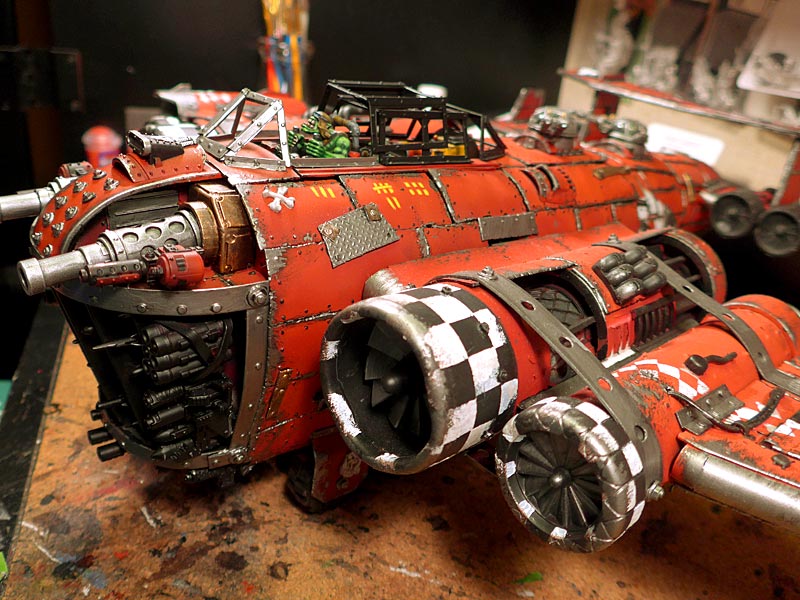 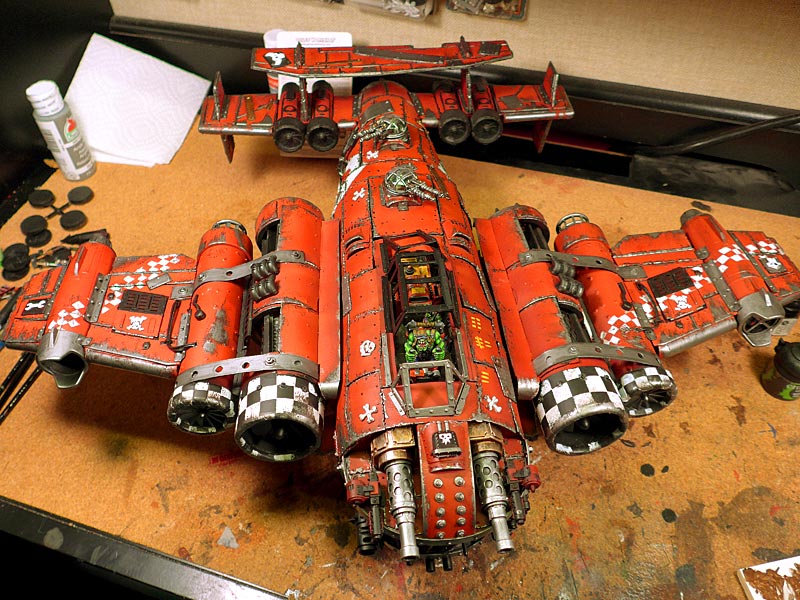 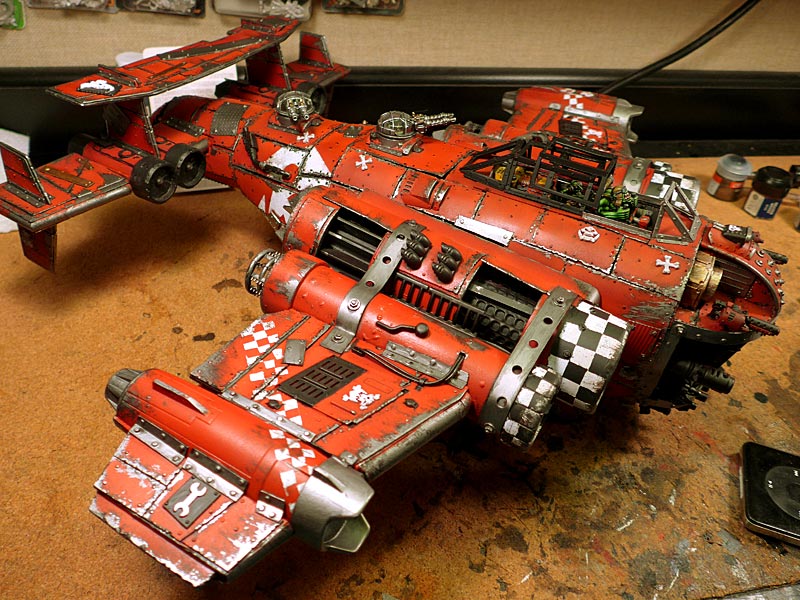 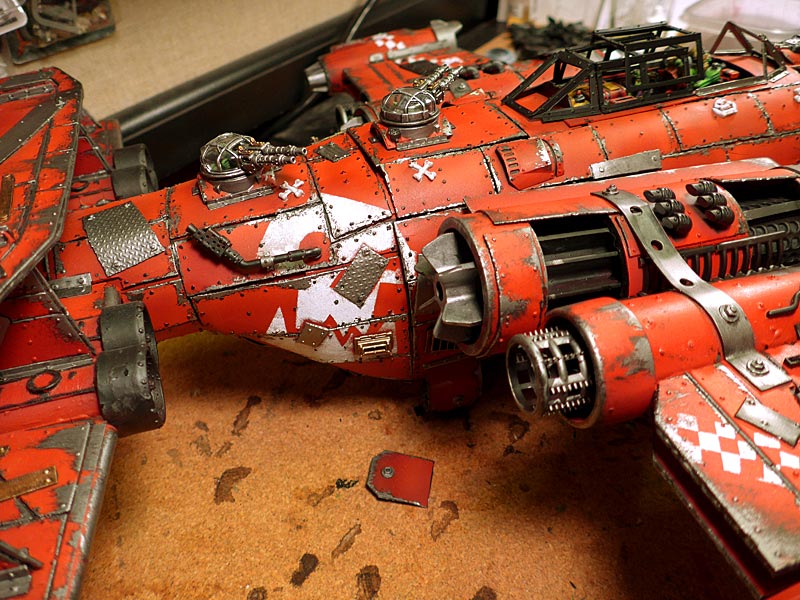 And a couple of Barry shots – one shown against a dakka jet….. 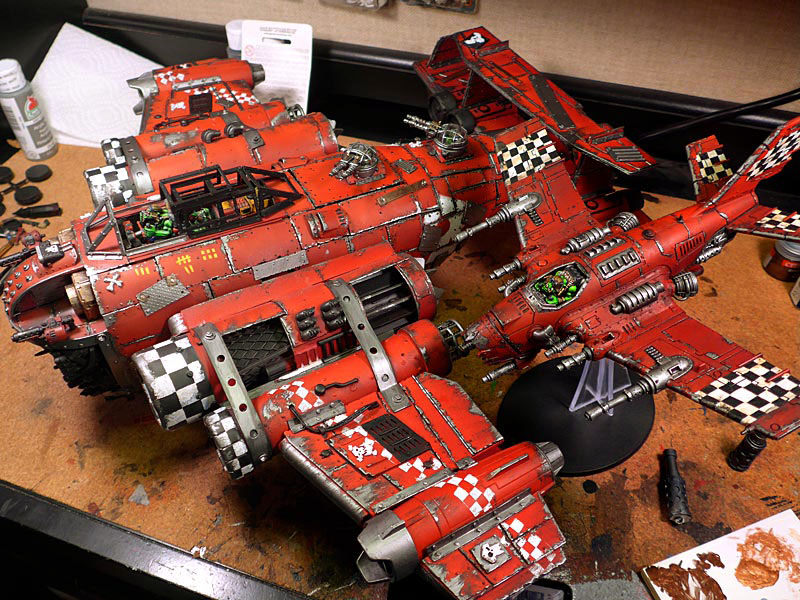 And a different kinda Barry shot 😉 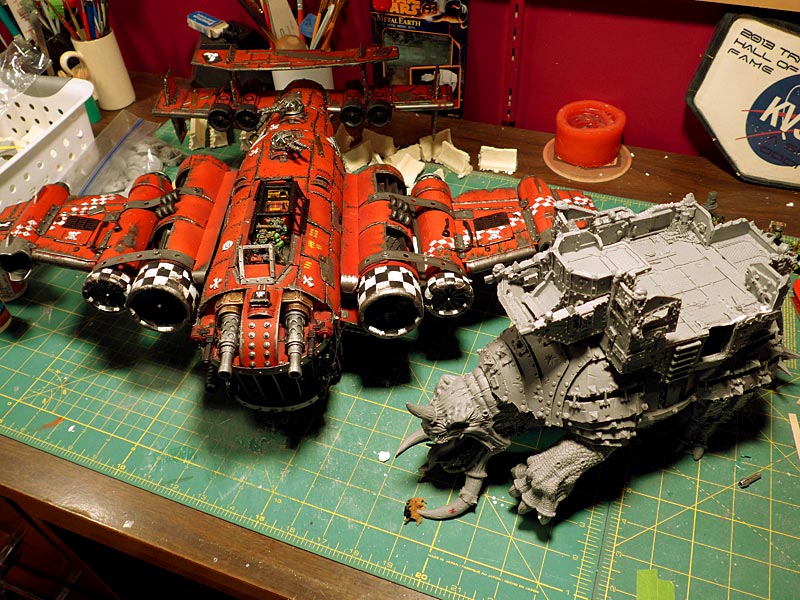 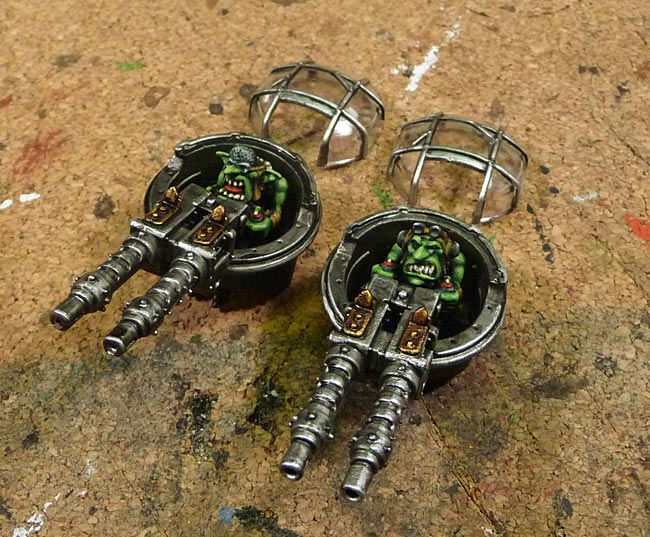 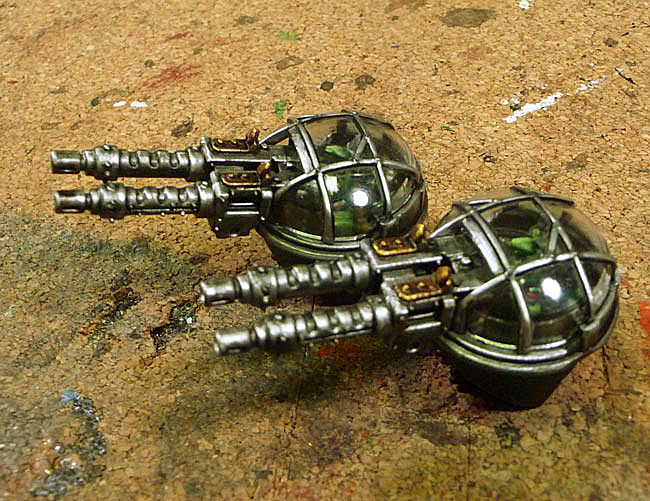 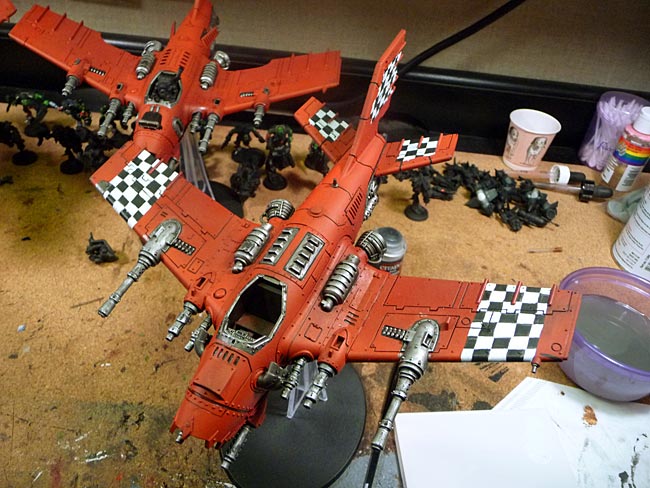 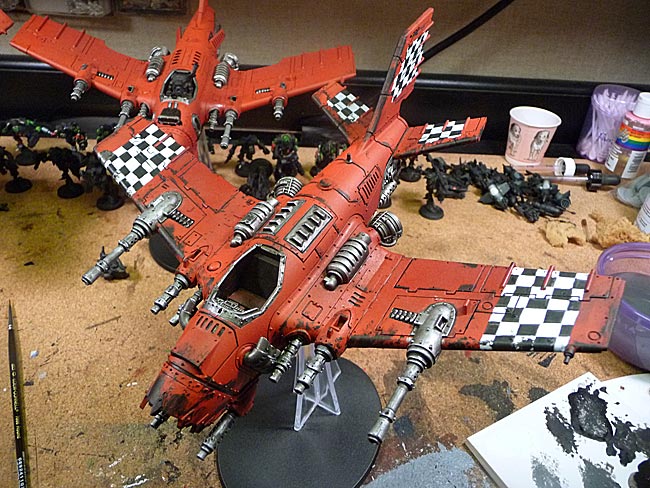 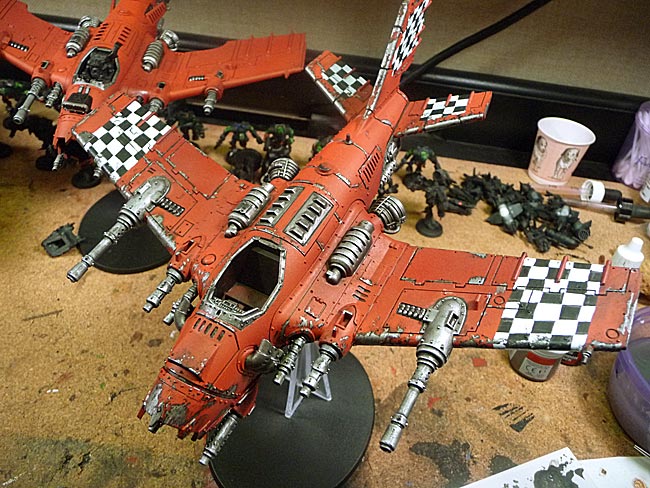 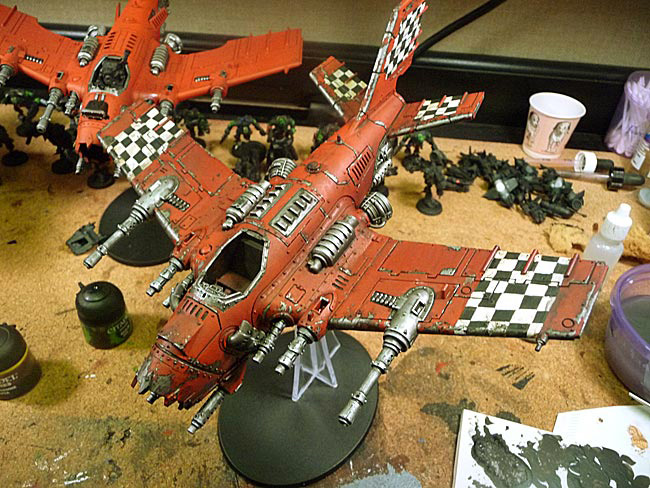 by sukigod on November, 28, 2012 in Apocalypse, Blasta Bommer - Comments Off on Gun Port Hatches Finished

A little bit finished tonight. If I keep this up It might be done by 2013!

Worked on the side gun hatches last night and tonight. Not much but something. 🙂 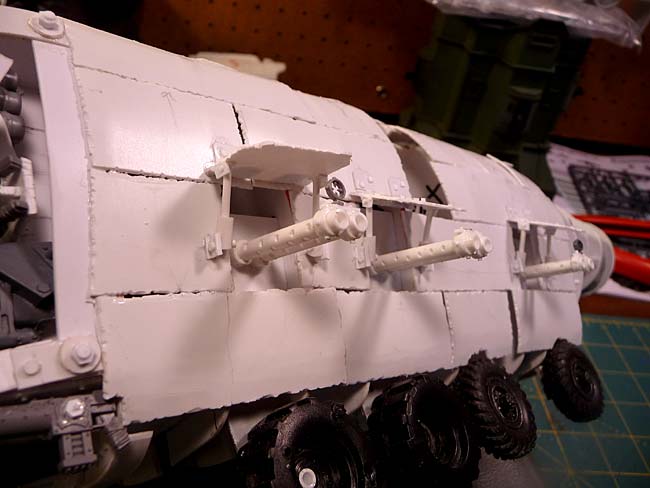 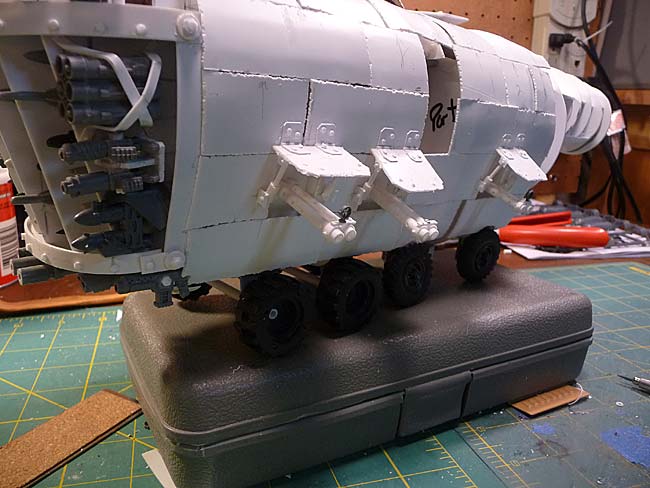 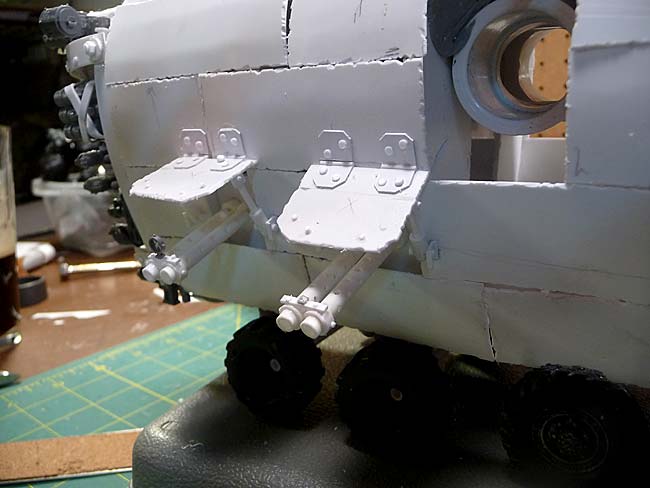 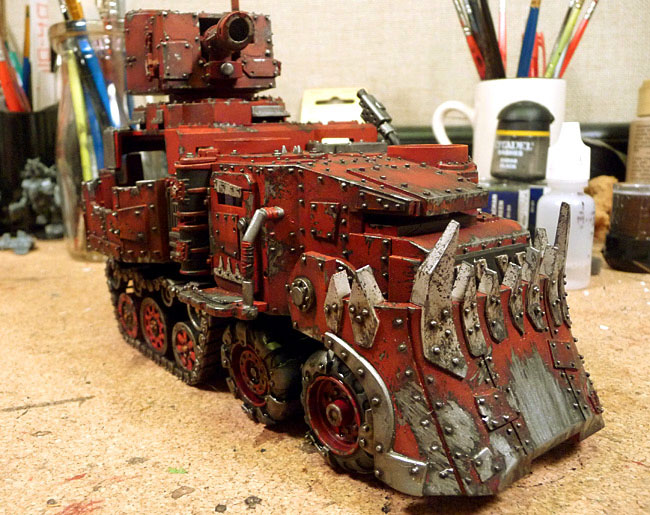 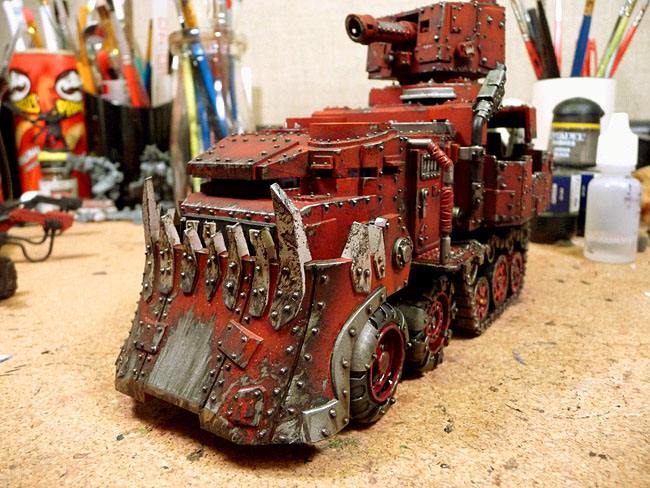 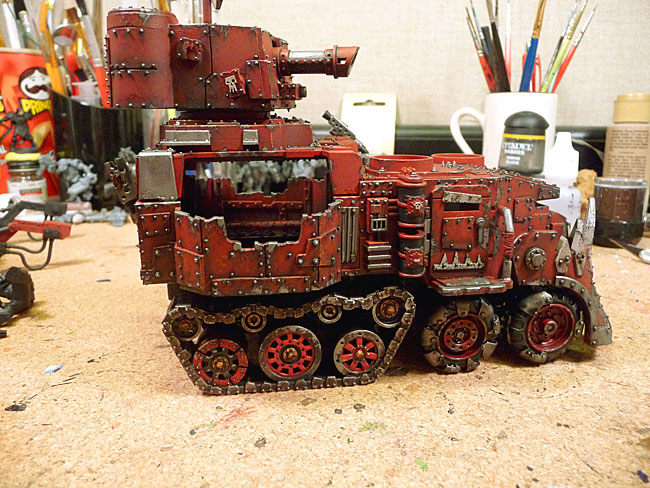 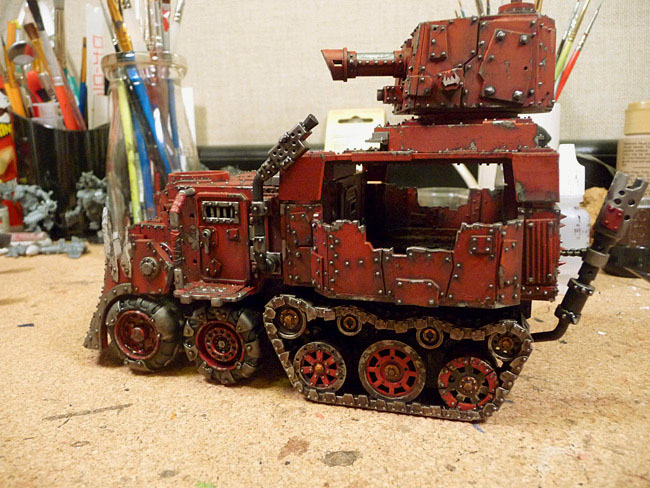 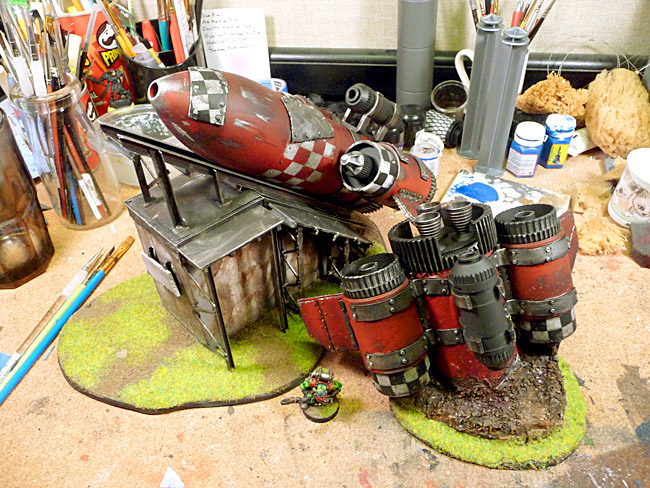