by sukigod on April, 03, 2008 in Heavy Support, Scratchbuilt Battlewagon - Comments Off on Battle Damage

I’m pretty happy with how this thing’s turning out. Took a while to start “realizing” it, but I think I’ve finally got it. I unleashed the Dremel last night and went to town. It might seem like it’s not battle damaged enough but I want to save some open space to do Orky graffiti somewhere. “Die ‘umie scum”, and the like.

I also redid the front end. Those other teef just weren’t doing it. These are much more Gork-y (or is it Mork-y?) I’m not sure about loosing the “eyes” though as putting in the angry looking one eye looks was something I wanted, the single slit drivers window doesn’t allow for that. I might just go back and redo that part to give’m agood set of grimacy eyes.

I also took pictures of it next to the ork trukk for scale. This thing’s gonna be a monster to paint. I’m thinking of asking a friend with and airbrush to do the base coats to save me some time. I know I could spray can it but I think that goes on quite a bit thicker that an airbrush can and I want to minimize any detail loss.

Side Note: I hate it when I think I’m done with something, then look at the pictures and realize I forgot something. Grrrr. I need to add the banding straps to the top deck yet. At least there’s still time. 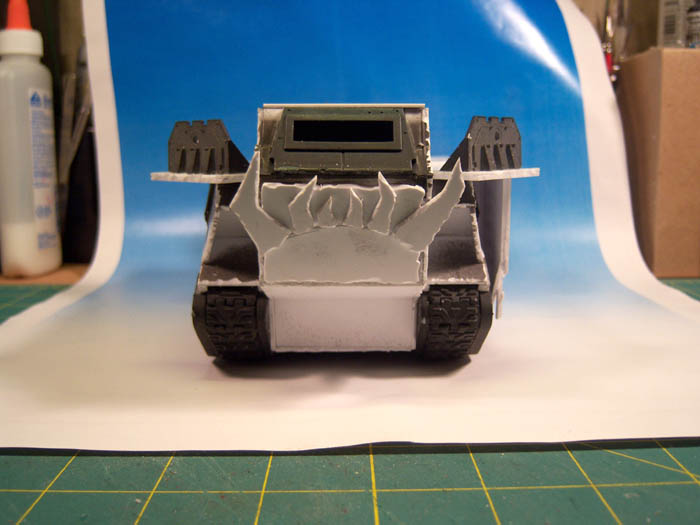 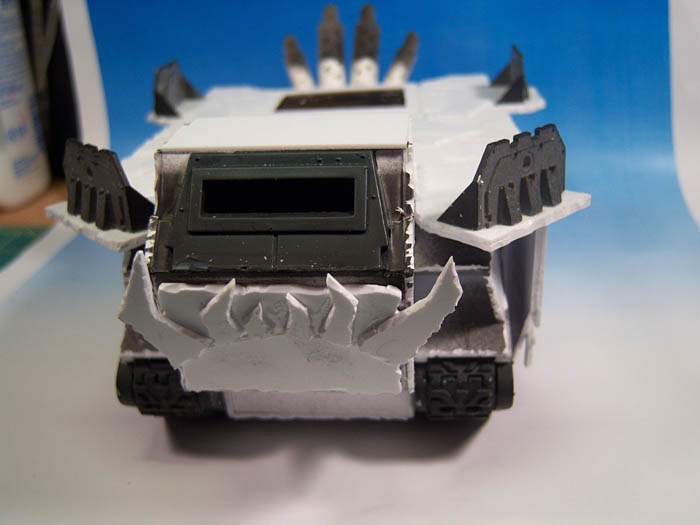 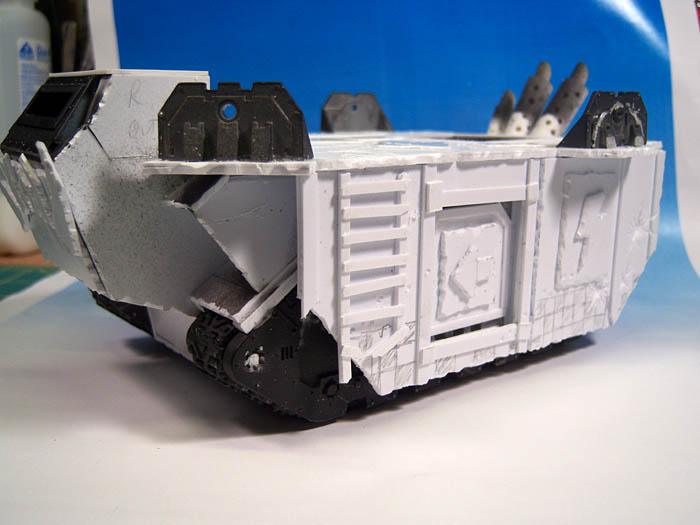 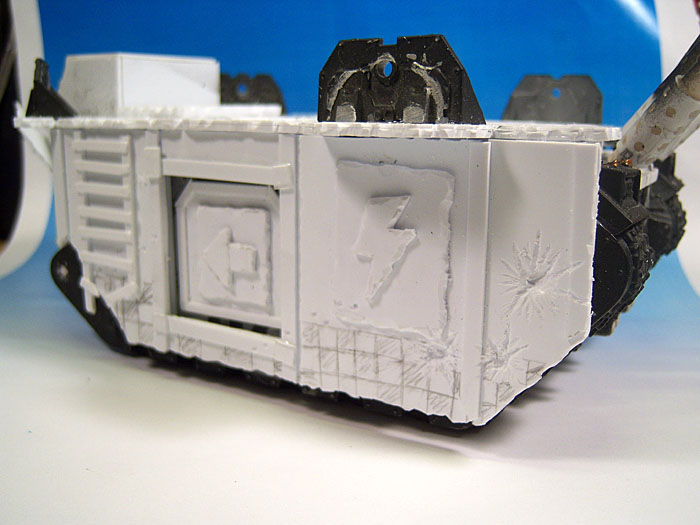 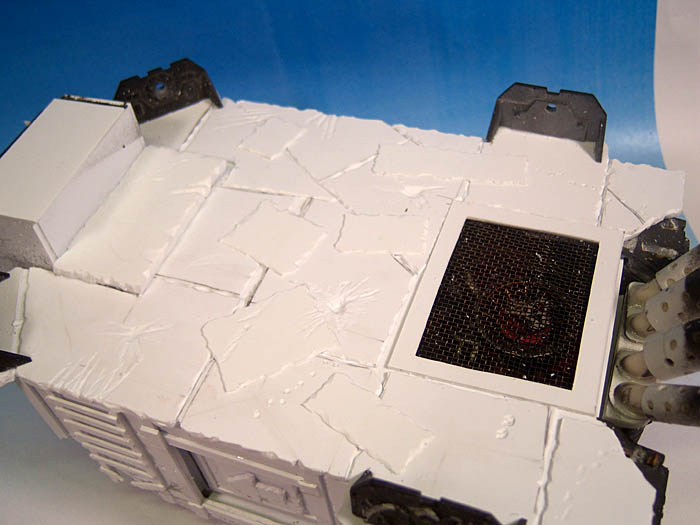 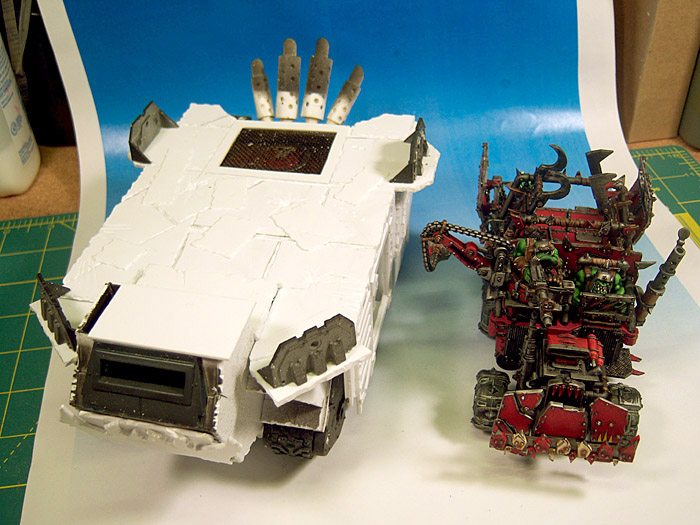