by sukigod on May, 08, 2008 in Heavy Support, Scratchbuilt Battlewagon - Comments Off on Shiney New Deff Rolla

I myself will have a hard time taking this thing with any seriousness until I primer it.

Now let me explain… I’ve been wrestling with how to pull off the shallower, pyramid like spikes on the deff roller. (I started to assemble some bikes while I was hatching my ideas) I don’t have the materials/skills right now to mold my own, although I might look into adding that ability in the future. I though a lot about MonkFish’s suggestion about the studded belt pyramids and after looking at them, I couldn’t find ones small enough. I spent lunch yesterday at the local mega-craft store and the closest I found were these. 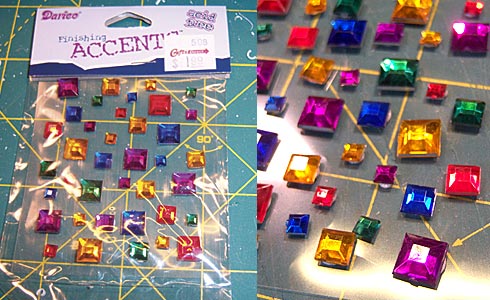 Pretty, I know, and they don\’t actually come to a complete point, but I think the smallest ones will do. I can always knick up the edges to make them look like they were spiky but have been worn down after a multitude of victims. I’ll have to primer this soon…lol 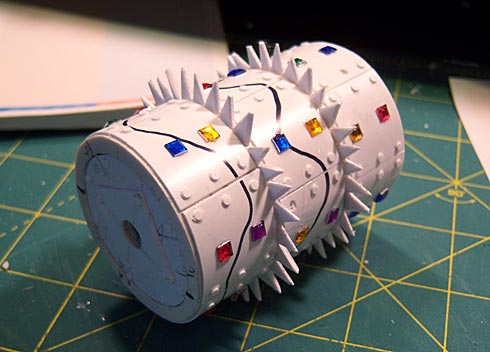 I-beam mincers to chew things up more. I’ll be adding some chain wrapped around the roller as well – I think that’ll be enough detail to keep da enemy mesmorized enough while I crush’em good.

With the roller work almomst done, I moved on to fixing the end arms/attachment points. I moved the magnets to the sides of the struts and started building boxes aside the drivers compartment to meet them. I’ll built new housings around the green parts too as they just aren’t quite what I envisioned, not junky looking enough! 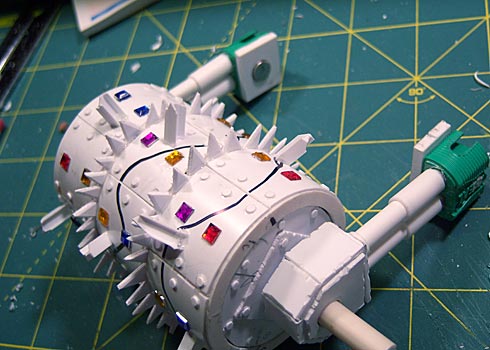 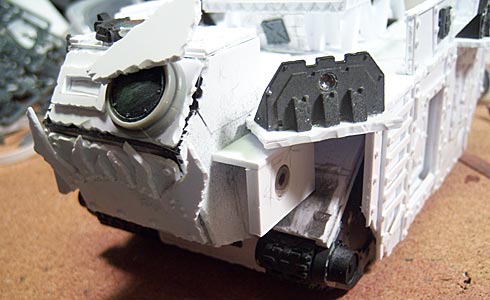 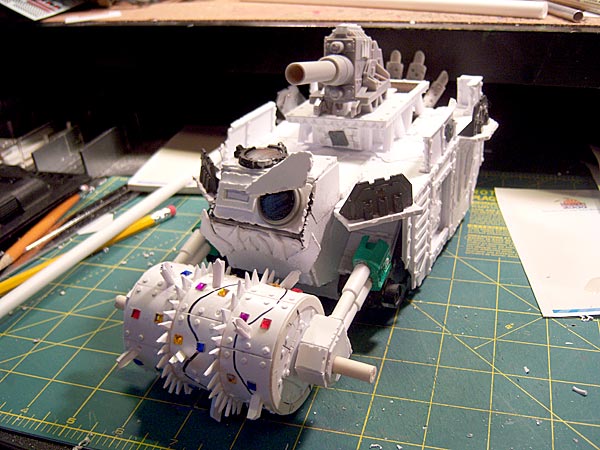 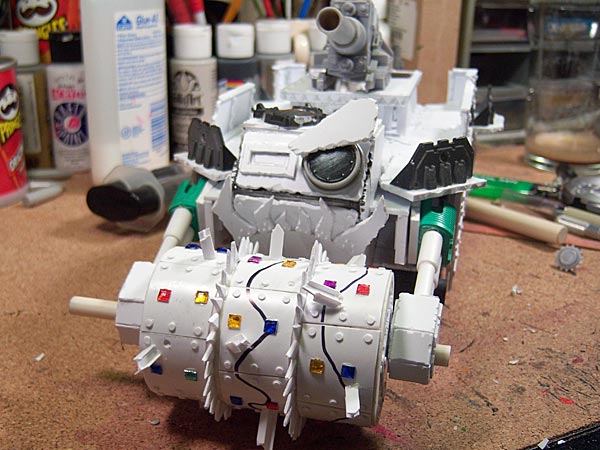 Did I mention I started those bikes?